The Founding of Westminster

At its founding in 1857, the congregation consisted of eight people of Scotch, Irish, and Welsh heritage. They raised $2,000 and built a church on 4th Street in Minneapolis. The Westminster congregation grew rapidly, prompting the construction of a new, larger church on 7th Street and then-Nicollet Avenue, which opened its doors in March 1883.

Some 12 years later the building was heavily damaged by fire, forcing the congregation to move. Ground was broken in 1896 on the new site at the corner of 12th Street and Nicollet Avenue – Westminster’s current site – and the congregation began meeting for services at the present church in 1897.

The architectural design, including the floor plan of the sanctuary, was modeled after the earlier church on Seventh Street. The Chapel, Great Hall, cloister hall, and new offices were added in 1937. The education wing was built in the 1950s. A remodeling project in 1985 updated and refurbished many areas of the church and included the addition of the current upstairs office space.

In 1998 a major renovation of the sanctuary was undertaken. This $3.5 million project focused on three main areas: restoration of elements found in the original sanctuary design; renovation of tired and worn elements; and desired improvements. A primary objective of the sanctuary project was to restore elements of the original design. These elements, lost in earlier renovations, included enriched color throughout the sanctuary, decorative painting, patterned carpet, and an uncluttered space. The renovated sanctuary reopened for worship on Sunday, December 20, 1998.

In 1999 Westminster was entered on the National Register of Historic Places. This registry is the official list of historic properties recognized by the federal government as worthy of preservation for their significance in American history, architecture, archaeology, engineering and culture. Westminster is honored to be on the register and is committed to preserving our piece of history for all who will pass by and enter our doors.

The sanctuary, semi-circular in design, seats 1,500 people. Consistent with the Presbyterian commitment to Word and Sacrament, the focus in the sanctuary is on the pulpit and communion table. The Nicollet Mall Rose Window measures approximately 16 feet in diameter, is composed of eight large petals and eight triangular-shaped kite panels, and contains more than 4,000 individual pieces of glass and 672 glass jewels, all of which are glazed in lead.

As part of the 1998 sanctuary renovation project, the Rose Window was removed and repaired with glass specially manufactured by Kokomo Opalescent Glass Company, the same manufacturer that provided glass for the window more than 100 years ago. The other windows in the sanctuary were designed by the Willet Studios of Philadelphia and put in place during the 1950s and 1960s. The Möller organ was built in 1980. 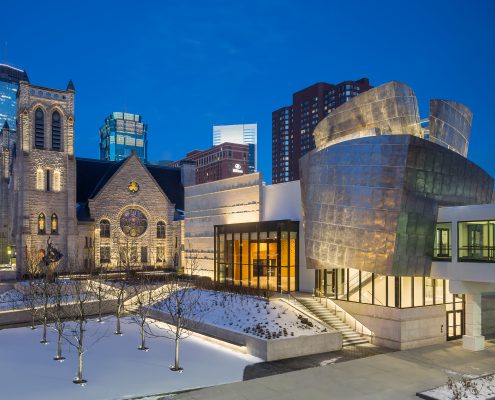 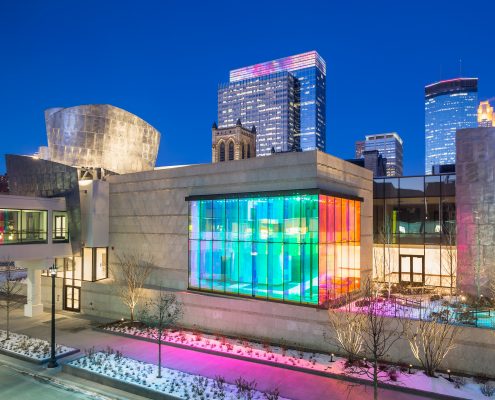 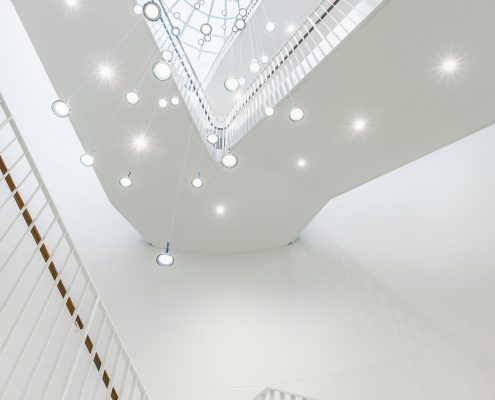 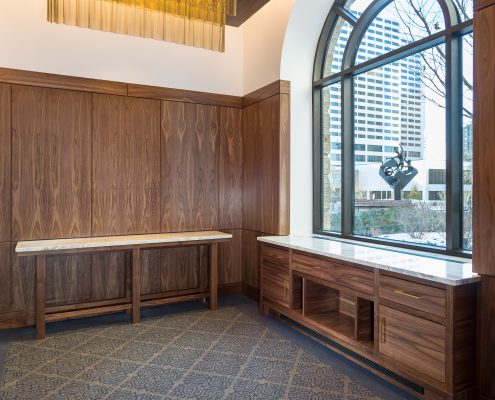