We endeavor to fulfill this Biblical injunction through our covenant relationships of solidarity and mutuality with communities in Kumba Town and Douala in Cameroon; Havana and Matanzas in Cuba, and; Bethlehem in Palestine (West Bank). Westminster members travel to these countries to share time together with congregations and related ministries. Through praying for each other and studying together, we deepen our faith and serve Christ together.

Westminster partners with the Kumba Town Presbyterian Church in Kumba and with AIDSCareLink in the city of Douala. We also have an informal relationship with the Presbyterian Theological Seminary in the town of Kumba.

Cameroon is a country on west coast of Africa between Nigeria on the west and Equatorial Guinea to the south. Its total area is slightly larger than California, and its current population is estimated to be 18.5 million. The infant mortality rate is 64.6/1,000, and life expectancy at birth is 53.3 years. These rates reflect the prevalance of HIV/AIDS in adults (6.9%). Its adult literacy rate is 67.9%. Approximately 75% of the population is French-speaking; the other 25% speak English as their primary language.

The former French Cameroon and British Cameroon achieved their independence in 1960, and the following year merged to form the present country. Cameroon has generally enjoyed stability, which has permitted the development of agriculture, roads, and railways, as well as a petroleum industry. Despite a slow movement toward democratic reform, political power remains firmly in the hands of an ethnic oligarchy headed by President Paul Biya, who has held that office since 1982.

We partner with the Versalles Presbyterian-Reformed Church (la Iglesia “El Redentor”) in the city of Matanzas. In addition, we have a partnership with the National Synod of the Presbyterian-Reformed Church of Cuba (la Iglesia Presbiteriana-Reformada en Cuba) in Havana, which helps to support the ecumenical Evangelical Theological Seminary (Seminario Evangelico de Teologia or SET) in Matanzas.

In 2001 Rev. Tim Hart-Andersen asked a Westminster medical couple, who had recently traveled to Cuba, to form a Cuba Task Force to investigate establishing a relationship with a Presbyterian congregation on the island. An exploratory trip to Cuba in 2002 resulted in a partnership with Versalles Presbyterian-Reformed Church. Each congregation in our Covenant Agreement agrees to pray for and with each other, to engage in Bible study together, to share our personal stories, to visit each other, to stand together against all that is unjust and to stand in solidarity as brothers and sisters in Christ.

Versalles has joyfully welcomed Westminster teams nearly every year since 2002, with our trips all being in accordance with our church’s licenses from the U.S. Treasury Department. As a result of these contacts, this partnership has become not just congregation-to-congregation, but now includes individual-to-individual and family-to-family ties.

The church has created a wide-ranging set of ministries that operate as the Diyar Consortium, a group of Lutheran-based, ecumenically-oriented institutions serving the whole Palestinian community, with an emphasis on children, youth, women, and elders. 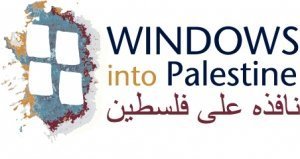 You may view video content from the May 2018 event below.

Westminster’s Global Partnerships Ministry Team also supports persons interested in participating in the Volunteers in Mission program of the Presbyterian Church (USA) or other national or international projects.