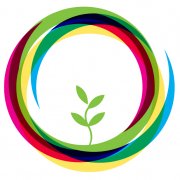 With $16.5 million already committed in the Enduring Hope campaign, in December Westminster will pay off the loan from Thrivent more than a year ahead of schedule. “The early generosity of Westminster members toward the Enduring Hope campaign is very encouraging,” said Senior Pastor Tim Hart-Andersen. “Not only do we have more than half of the $30 million goal committed, but we have also received early cash payments on pledges that allow us to use the money immediately to begin paying off debt, saving the church as much as possible.”

At the start of Enduring Hope, Westminster owed approximately $26.5 million, including interest, as part of the original loan package to fund the new addition to the church completed in 2018. During the Open Doors Open Futures campaign, Westminster agreed to raise funds for 75% of the expansion project and to take out loans for the remaining 25%. The Open Doors Open Futures campaign raised $65 million, and the Enduring Hope campaign will retire Westminster’s debts, securing a strong financial future.

There are two lenders: a 20-year mortgage with the Presbyterian Investment and Loan Program (PILP), part of the PCUSA commitment to help congregations; and Thrivent Financial. Both lenders offer favorable interest rates and reinvest Westminster’s payments into ministry and mission. Westminster’s goal was to repay the Thrivent loan by January 2024 when a $12 million balloon payment was due. With the money already received through Enduring Hope, Westminster repaid the loan more than a year early.

“Westminster’s short-term debt is gone,” said Hart-Andersen. “Now we owe approximately $16 million on our mortgage with PILP and we are going to work to pay that off early as well.”

In addition to debt retirement, a 10% biblical tithe of the Enduring Hope campaign will go toward a mission component and $500,000 will fund the chapel renovation project. Please consider making a financial commitment to support the campaign today by pledging online through Realm.