Thank you, Sam and Jim, for dramatizing the theological tension between grace and works that contributed to the split in western Christianity 500 years ago in what we know as the time of the Reformation.

We’ve been watching tensions in our own time leading to division of a different sort. This fall the Westminster Town Hall Forum is presenting a series called Healing Our House Divided. Professor Lisa Pruitt of the University of California at Davis recently spoke at the Forum. Pruitt is an attorney specializing in the rural-urban divide in our nation. She was born and raised in small town Arkansas. It turns out she’s also an active member of Westminster Presbyterian Church in Sacramento. No wonder she focuses on healing divisions among us; the reformed imagination has always been about that work.

Pruitt’s advice about bridging the gap between rural and urban America is simple: listen to one another. She says that those of us living and working in small towns and in center cities are not nearly as different from each other as we have assumed ourselves to be. The stereotypes have become ironclad labels that wall us off and keep us from seeing each other as part of the same human family.

It turns out access to good quality education is an issue in both cities and rural areas. Crime is as pressing an issue in rural America as it is in cities. The scourge of addiction and substance abuse and gun violence is a rural problem as much as it is an urban issue. Race and immigration are on the minds of both rural people and urban dwellers. We may have differing responses and strategies to address these issues, but Professor Pruitt urges us to connect with one another, listen, and learn.

There must be something in human nature that conspires against overcoming animosities that arise among us. Today, on Reformation Sunday, Protestants the world over are remembering – and I’m intentionally not using the word celebrating – the splintering of the Roman Catholic Church long ago. Some of the conflict among Christians in our time has its roots in the Reformation. We still navigate theologically troubled waters and continue to fight similar battles.

In the 16th century, some Catholics – Martin Luther and John Calvin among them – wanted to reform the church of Rome. They became known as “protestors,” and then Protestants. They did not set out to fracture the Church, but power does not give up easily, which is what the Reformers had initially, and naively, imagined could happen. The second great schism of Christianity was the result – often in violent ways; from it emerged Lutherans and Baptists and Presbyterians, and then later Anglicans or Episcopalians and Methodists and many other independent churches.

The question of the prominence of grace versus works in the human quest for God’s mercy was the core theological issue. It gave rise to serious debate that enflamed passions and tensions between those who emphasized works righteousness, or salvation by works, and those who stood on the principle that grace alone through faith can open the way to salvation.

I thought about that conflict as Professor Pruitt spoke about healing our divided American house. From the perspective of 500 years the lines between the sides can seem so clear, as if the split had happened all at once – flip the switch: Catholics and Protestants, immediately, not over decades as it actually happened. As if there were no nuance or ambiguity or subtlety. And from our distant view, the whole thing seems as if could have been dealt with in less violent ways. I wonder if our current conflict will be viewed similarly one day. Right now, it feels neither clearly black and white, nor easily settled.

The two texts today, from Ephesians and James, plant scriptural seeds for the eventual rupture of the Church. The way Jim and Sam read the passages highlighted the potential for friction in them. The tug of war between the claims of salvation by works – that would be James – or by grace – that would be Ephesians – was not the only issue at work in northern Europe in the 16th century auguring a Church split, but it was a burning question because it threatened the power of the Church.

“By grace you have been saved,” Ephesians says.

No words from scripture more succinctly capture the faith and imagination of the 16th century Protestant Reformers…sola gratia. By grace alone.

“For by grace you have been saved through faith, and this is not your own doing; it is the gift of God— not the result of works, so that no one may boast.”

No salvation by works – that is, what we do and how we live – which meant that the Church no longer controlled admission to heaven. Those things done in daily lives were judged by the Church as a check on whether someone were worthy of salvation. But Ephesians counters: we were saved for works, not by them.

The Letter of James would seem to contradict this central tenet of the Reformation when he says, “Faith without works is dead…Show me your faith apart from your works, and I by my works will show you my faith.”

The heart of the theological argument in the 16th century Christian Church centered on whether access to God’s favor could be managed or controlled by the priest’s assessment of what we did, or what we paid the church, or what we said – largely the Roman Catholic position.  Or, whether nothing we did or said could ever earn God’s favor for us, and only by God’s grace, which we received through faith, were we saved – largely the Protestant position.

Like any cultural conflict, it was never that black and white in the 16th century, just as it is not in the conflicts in which we find ourselves embroiled today. That was Pruitt’s point in the Town Hall Forum: take a good look at each other and you will see common ground.

James argues that our works – that is how we live, what we stand for, where we put priority in life – reveal God’s grace active in our hearts. Works connect to grace. By seeking justice, we show the love of God; we do not earn or deserve God’s love because we seek justice. God’s grace is the source of our good works.

Ephesians starts with grace but argues that God created us to love one another and to do good works, such as seeking justice: “For we are what God has made us,” the letter says, “Created in Christ Jesus for good works.” God’s grace compels us to live justly in the world.

The struggle between grace and works is a bit of a straw man, an argument that created convenient stereotypes that overstated reality in the 16th century. I wonder how that happens still in our time – one group, for instance a theologically progressive congregation, writing off another group, maybe a conservative evangelical congregation, or vice versa. I remember a conservative pastor saying to me many years ago, “The difference between us is that you believe in dialogue, and I believe in doctrine.”

That stayed with me for a couple reasons. First, it struck me as a rather good summary of the difference in our approach to Christianity, and second, it was clear that he thought he was suggesting my way of being Christian was out of bounds and meaningless.

That little conversation points toward a kind of 21st century re-stating of a Reformation era theological struggle: the mystery of grace vs. the clarity of works, or to put it another way: living with the questions vs. wanting the answers. The divide between us is no longer along denominational lines, Protestant and Catholic, as much as it is now a matter of how we perceive God. It is between those who can live with what the Scots called in their Confession of 1560 a God who is “eternal, infinite, immeasurable, incomprehensible, omnipotent, invisible” – way beyond our control, the difference between those who follow a God like that, and those who argue that God is concretely known in the teaching and ministry of the Church.

Three suggestions on this Reformation Sunday. First, let us begin with a modest Christianity, which means starting by listening, trusting in the Holy Spirit to guide us into relationship. For too long, many of us have led with unwavering confidence in ourselves and our worldview. We will never get anywhere in healing our house divided or softening the sharp edges of church conflict by assuming how right we are. That approach has invariably led us to create some seriously unjust systems and structures.

This morning a church member handed me a quote from Thomas Jefferson that is germane to this point: “Presbyterians” according to Jefferson, “Are the most ambitious, the most intolerant and tyrannical of all our sects.” Oh my. Modesty will not come easy to us. It means letting go of power that we have, by virtue of who we have been.

Professor Pruitt proposed using the learnings from family systems therapy to help us heal our divisions. Let us begin with a modest Christianity.

Second, let us respect the fullness of our neighbor’s God-given humanity. Whether or not that neighbor is geographically, politically, or culturally distant from us, when we assume a posture of animosity or disdain, we rob them of part of their humanity, and do the same to ourselves. I remember a visit to the home of a Palestinian Christian farmer living on a scrap of land surrounded by hostile Israeli settlers who cut down his olive trees. Outside the cave where he lives, he has hung up a sign: We refuse to be enemies, it says. I will always respect your humanity and hope you will mine. Let us seek the fullness of our neighbor’s humanity.

Finally, let us live in the way of Jesus. Somehow, Jesus managed to move through the world not judging those that others had written off. He ran with people living with mental illness and with circumstances that caused them to be shamed and shunned. He hung out with hated tax collectors who worked for the occupying Roman power. He valued women and children who were otherwise powerless and invisible. He spoke the truth in love and put himself at risk by doing so. He refused to give up on the power of hope. Let us live in the way of Jesus.

A reformed imagination in our time will combine the mystery of God’s grace with the concrete work of serving God’s people and seeking justice – and it will do so modestly, honoring the fullness of our neighbor’s humanity, and following in the way of Jesus.

Our reformed faith has something important to contribute to the healing of our divided house. 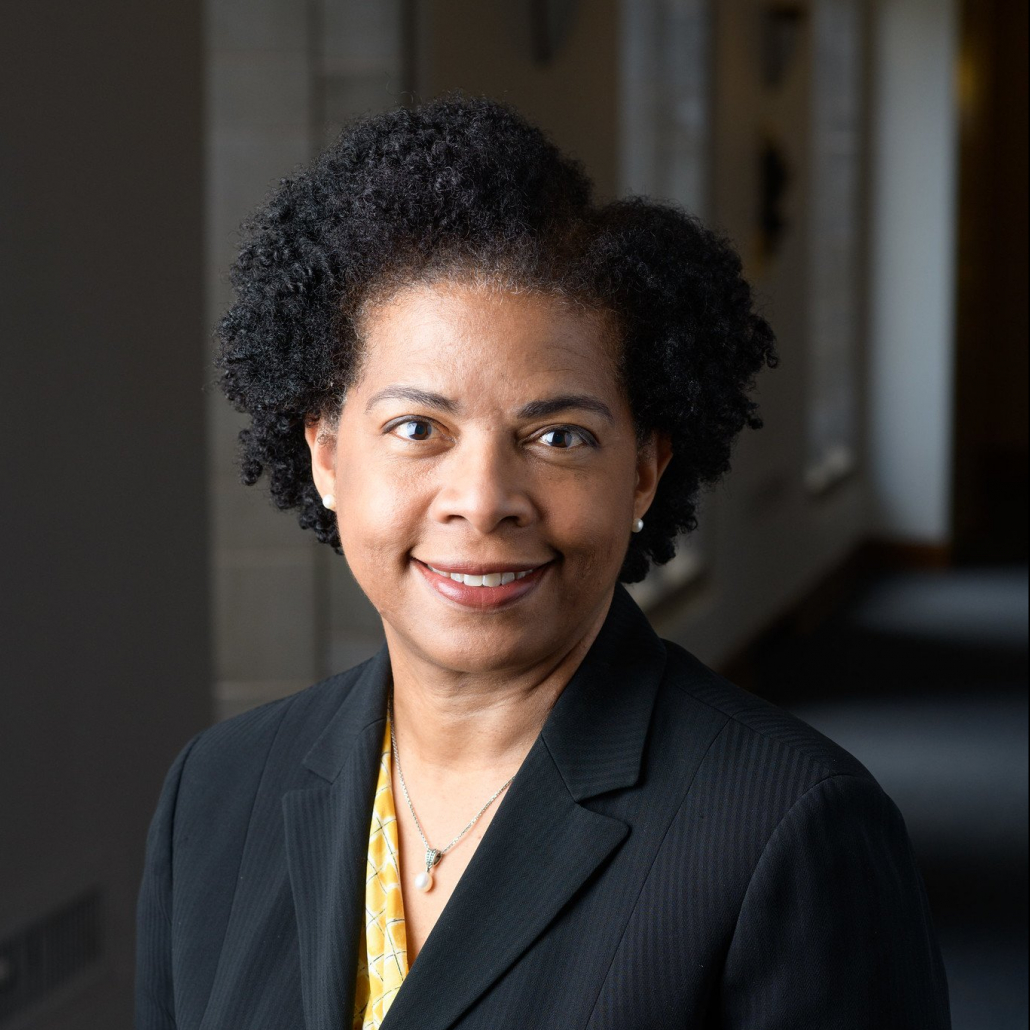