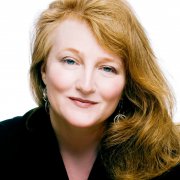 “Few people in America today are as well-positioned as Tippett to offer insight on the state of American culture, spirituality, and our life together,” said Tim Hart-Andersen, senior pastor. “For many years she has combined thoughtful journalism with theologically trained inquiry in profound conversations and writing about the human condition.”

Tippett speaks at 9:15 am in the sanctuary reflecting on Remaking the World Together. The hourlong forum presents an opportunity for conversation with one of America’s leading thinkers on the future of our life together.

The National Public Radio (NPR) journalist has been on sabbatical working on a new book about moral imagination and the human challenges and promise of this young century. The topic connects to Westminster’s theme this year, The Year of Imagination.

“Our city and nation, not to mention the Christian Church, have lost an animating imagination that might give us hope,” said Hart-Andersen. “In our worship at Westminster this year, we will explore the importance of imagination – theological, moral, prophetic, faithful, sacred – to nurture our life together through these challenging times. The conversation with Krista Tippett will help open this season at Westminster.”

Tippett grew up in a small town in Oklahoma, attended Brown University, and became a journalist and diplomat in Cold War Berlin. She then lived in Spain and England before seeking a Master of Divinity at Yale University. In 2003 she launched Speaking of Faith – later called On Being – as a weekly NPR show. In 2014, President Obama awarded Krista the National Humanities Medal.

Tippett is also a best-selling author, having written three books Becoming Wise: An Inquiry into the Mystery and Art of Living; Einstein’s God; and Speaking of Faith, a memoir of religion in our time.