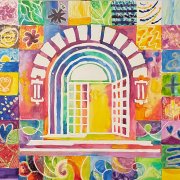 Westminster has been in partnership with Accord for its entire 51-year history. Accord, formerly known as Community Involvement Programs, was founded by members of Westminster. Accord provides mental health services to individuals living in the Twin Cities and makes it possible for people living with disabilities to reach their personal and career goals. Westminster’s support to Accord this year will help them implement a new program aimed at providing individuals who are homeless or at risk of becoming homeless with greater access to the resources necessary for them to get housing, such as securing Social Security payments.

Restorative Justice Community Action (RJCA), has partnered with Westminster Church since 2019, seeks to repair the harm caused by crime or conflict by giving a voice to those individuals who have been harmed. RJCA brings together community members in Hennepin and Ramsey Counties along with adults and youth who have done harm to seek and reach an agreement that addresses the root cause of the harmful behavior and prevents further harm.  Westminster’s support for RJCA this year will allow them to partner with the Minneapolis Office of Violence Prevention to create a neighborhood public safety model. The project will provide trauma training, restorative justice training, program development, and mentoring.

Since 1993, the YWCA Minneapolis (YWCA) has been a true neighborhood partner in terms of proximity and of our aligned mission. YWCA’s mission is to “eliminate racism, empower women and girls, and promote peace, justice, freedom, and dignity for all.” They work to ”promote racial and gender equity, health and wellness of people from low-income households, respect for diverse cultures, and the economic independence of women.”

Since 2000, Westminster has provided funding for scholarships to support children in need to ensure they have high quality, affordable early childhood education. More than two-thirds of children enrolled were children of color and 87 percent of preschoolers entering kindergarten in 2021 were proficient in school readiness standards. In 2019 Westminster welcomed the YWCA to host their IT’S TIME TO ACT forums onsite.  Through this series the YWCA engaged hundreds of diverse attendees to deepen their understanding of the systems of racism.