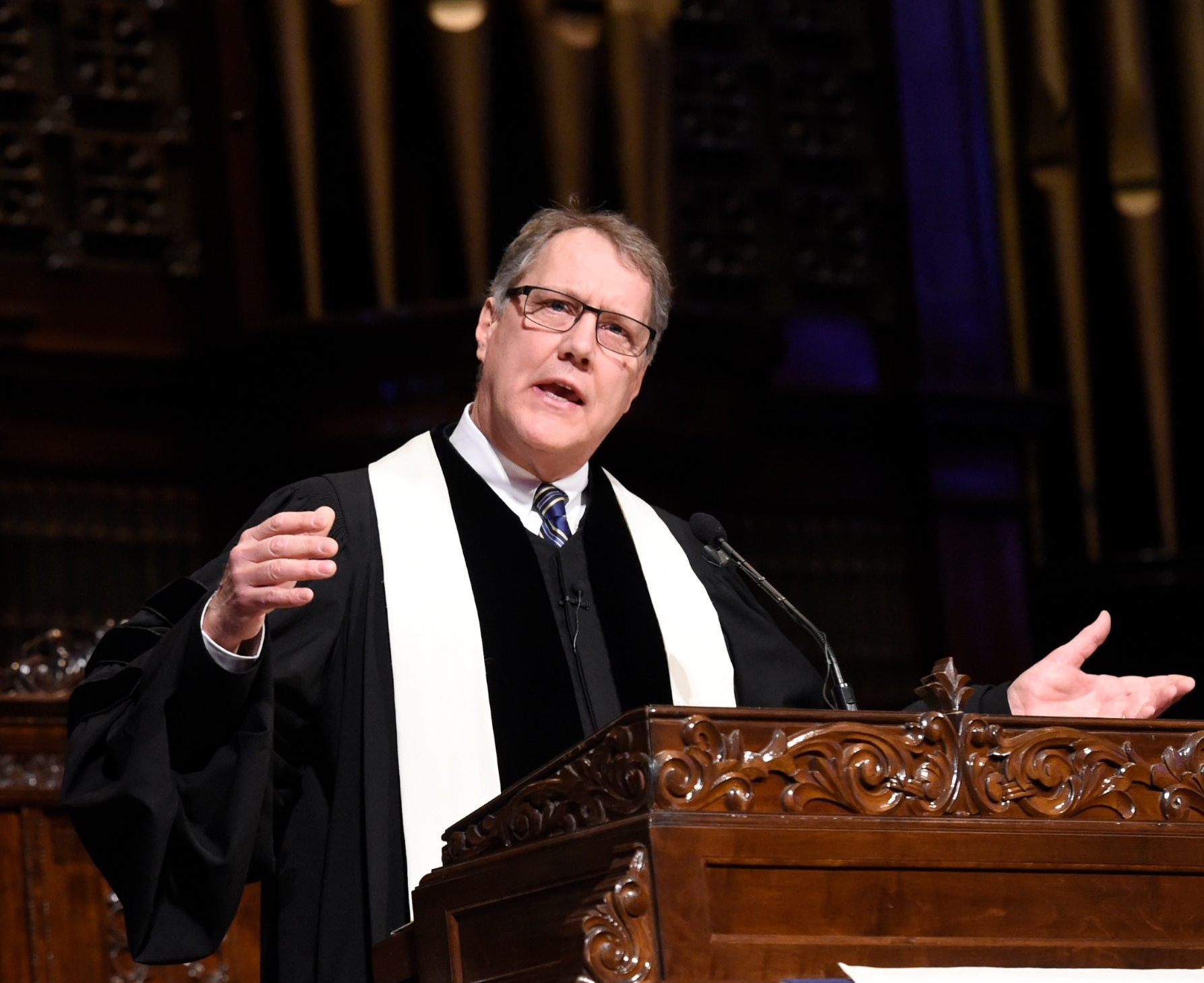 “The word of God came to John son of Zechariah and Elizabeth in the wilderness. He went into all the region around the Jordan, proclaiming a baptism of repentance for the forgiveness of sins.” (Luke 3:2b-3)

The second Sunday of Advent opens with John baptizing in the Jordan and preaching in Judea. ‘‘Prepare the way of the Lord,” he says, quoting Isaiah.

“Make his paths straight. Every valley shall be filled, and every mountain and hill shall be made low, and the crooked shall be made straight, and the rough ways made smooth.”

Like the prophets before him, John envisions a complete renewal of God’s people, a grand re-engineering of the landscape of human community: “And all flesh shall see the salvation of God.”

We hear these lines from Luke’s gospel and Isaiah every Advent. They are urgent words, as if some grand reckoning were coming: “Bear fruits worthy of repentance,” John warns.

It sounds like an admonition more for the season of Lent, as if we were moving toward crucifixion, not Christmas. Is John leading us up Calvary or down into the village of Bethlehem?

Those listening to him get the message: repent. They understand the word. Turn around. Change direction. Stop that which displeases God and harms your neighbor. Return home from your wandering ways. Start over.

The people want specifics: “What then should we do?” they ask John.

The response is simple and straightforward. John moves from the lofty imagery of crooked paths straightened and rough places made plain, to the pragmatic.

He knows some people who have much are not sharing with those who have little. “Whoever has two coats,” he says, “Must share with anyone who has none” – a timely word from John as Westminster is holding a coat drive for seniors this Sunday and next – “and whoever has food must do likewise.” Simple instructions.

John knows some tax collectors are lining their own pockets, so when they ask, “Teacher, what should we do?” He’s ready with down-to-earth advice: “Collect no more than the amount prescribed for you.”

And John knows that some soldiers – law enforcers of that time – are misusing the means of violence at their disposal. Even they ask what they should do. John says, “Do not extort money from anyone by threats or false accusation, and be satisfied with your wages.” (Luke 3:11-14)

Very pragmatic responses to the crowd.

John takes his cue here from the noble prophetic designs of the 8th century BCE:

“The wolf shall live with the lamb, the leopard shall lie down with the kid, the calf and the lion and the fatling together, and a little child shall lead them.”

It’s the Great Reversal. A thorough re-imagining of what life might be like in the reign of God, when the One for whom they wait arrives: “With righteousness he shall judge the poor” – that is, bring justice for the poor – “and decide with equity for the meek of the earth.”

Anticipating this realm on earth, John says to the tax collector and the person of wealth and the law enforcer and to the unjust systems that sustain them all: God has something else in mind. You cannot decide with equity for the meek of the earth from the center of empire. Something must change.

The work of Christmas begins now, in Advent. It starts with opening our eyes and our hearts to the pain and suffering in the world, because that’s where God starts. Things are not right in our world. Children shooting children. Distrust and fear giving rise to hatred. Vast social and racial disparities left to stand. Public health politicized. The earth under assault.

“Is to lean into an almost cosmic ache: our deep, wordless desire for things to be made right…In a world…racked with conflict, violence, (and) suffering…Advent holds space for our grief, and it reminds us that all of us, in one way or another, are not only wounded by the evil in the world but are also wielders of it, contributing our own moments of unkindness or impatience or selfishness.”
(NY Times, Nov 30; “Want to Get Into the Christmas Spirit? Face the Darkness”)

In Advent, Isaiah the dreamer and John the pragmatist say, essentially, Look, God desires a world different from that which we created and now inhabit. Animosity and cruelty, cheating and lying, self-centered living that excludes others from their full humanity, all will be on the way out when God’s love is born, and justice breaks forth. That’s the vision, and it has practical implications for each of us.

In his Christmas Eve homily only months before he was assassinated, Archbishop Oscar Romero, sounding like a latter-day Isaiah, said,

“The self-sufficient, the proud,
those who, because they have everything,
look down on others,
those who have no need even of God —
for them there will be no Christmas…

We must not seek the Child Jesus
in the pretty figures of our Christmas cribs.
We must seek him among the undernourished children
who have gone to bed tonight with nothing to eat,
among the poor newsboys
who will sleep covered with newspapers in doorways.”
(http://acatholicwomansplace.blogspot.com/2011/12/oscar-romero-on-christmas.html)

Incarnation happens because we don’t get life right. In this time before Bethlehem, we’re called to see the chaos and confusion in which we dwell, the anger and anxiety of our time, the voices crying out from war-torn towns and midnight border crossings and homeless shelters, as signals that it is time to begin again, this time with justice for all.

Starting over gives us the chance to undo the wrong that resides within us and our systems. Beginning again will not be easy because our aspirations – whether personal, theological, or social – almost always exceed our capacity to overcome the contradictions…

“The wolf shall live with the lamb” meets the reality of power bearing down on those pushed to the margins on our streets and in our prisons and at our borders.

“Liberty and justice for all” comes up against a history of enslavement and Jim Crow and continuing efforts to maintain old ways.

“Deciding with equity for the meek of the earth” stumbles in the face of systems that reward the most aggressive among us.

“Life, liberty, and the pursuit of happiness” as a right for all gets squeezed out by market economies that leave some behind.
“What then shall we do?” the people asked John the Baptizer when told it was time to repent, to turn back toward God’s hope for the world.

What then shall we do, in our time, in this season of preparing for a new day coming?

We start local. We’ve missed the mark in our communities in many ways. There’s much to repair, and it will not be easy. It will happen in small steps, sometimes halting steps, and we will make mistakes, but the prophetic hope of this season can stir us to begin again with justice.

The Minnesota Council of Churches has launched a multi-year truth-telling and reconciliation project that aims to help our state confess its history with Black and indigenous people, as a first step to repair and reconcile. A year ago, Westminster provided seed money to get it started. We can begin again.

The mayor of our city has established a Public Safety Commission led by people from the community who’ve been critical of Minneapolis policing and even of the mayor – various viewpoints coming together to try to bring real change in how we make Minneapolis safe for all. We can begin again.

The Minneapolis Public Schools are implementing a restructuring plan to break down historic patterns of disparate resources and systemic inequities among students and their families. We can begin again.

These local efforts at change stem from knowing something is not right and being willing to do something about it, to start over and hope to get it right the next time. That’s the word from Isaiah and John to us today.

Fifty years ago, James Baldwin wrote, like a prophet of Advent:

“An old world is dying, and a new one, kicking in the belly of its mother, time, announces… it is ready to be born. This birth will not be easy, and many of us are doomed to discover… we are exceedingly clumsy midwives. No matter, so long as we accept that our responsibility is to the newborn.”

Baldwin would add later, in the face of America’s failure to enact real social change, “Responsibility cannot be lost, it can only be abdicated. If one refuses abdication, one begins again.”
(https://www.theatlantic.com/ideas/archive/2020/07/why-we-need-begin-again/614326/)

Christmas is coming. Incarnation is about to happen. The human community will be given a chance to try once more to live as God intended – in peace, with justice and equity in the land.

If it’s hard for us to imagine that we should not be surprised. This is earth-transforming work. It should not be merely another day like all the rest.

To get there, John the Baptizer says, we will need to repent – to stop, to see how we are
living and where we have missed the mark – individually and collectively – and then
begin again, this time with true justice as our aim.

In a moment we’ll be invited to come to the table to commune. There we will receive the
bread of life and the cup of the new covenant, and it will be a feast of new beginnings.