Making Space for One Another 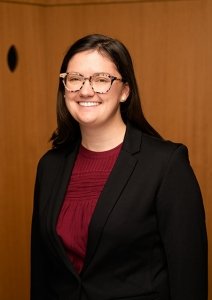 Ten whole chapters before today’s story in Luke’s gospel, Jesus set his face towards Jerusalem, the city where he would die. Ten chapters ago, Jesus told his disciples that they were headed all the way to Jerusalem, and that the road there would be a difficult one. He gave them instructions – don’t take more clothes than you need, don’t weigh yourself down with extra supplies, shake off the dust on your coat when you aren’t welcomed. We’re headed to Jerusalem, he told them. His disciples did not know exactly what was coming, but they carried on.

And by chapter 19, where we find ourselves today, they’re less than 20 miles away from Jerusalem. They’re getting really close. The scripture doesn’t give us any hints as to how Jesus’s disciples are handling this journey, with its twists and turns and surprises. But we might imagine that they are weary. There have been stops along the way – for Jesus to teach in parables, for Jesus to welcome children, most recently for Jesus to restore sight to a blind person on a street near Jericho. And so when they enter the community of Jericho, with its crowd of people and its man up in a tree, we might imagine that Jesus’s disciples are ready to pass on through. 20 more miles to Jerusalem.

Jesus and his disciples arrive in the community, and a crowd meets them, as countless other crowds have done throughout their travels across the region. But Jesus does not engage the crowd. He looks up, and he notices a person perched atop a tree branch. Their eyes meet, and there is no going back now – Jesus is about to make room for someone new.

I imagine the disciples may have grumbled about this just as the people in the crowd did – do we really have to stop at every single little town? Can’t we just keep walking?

The gospel writer tells us two things about Zacchaeus right off the bat. First, he’s a wealthy tax collector. He works within an economic system that’s built to marginalize people with low wealth. And he himself benefits from it. Second, he’s short in stature. In a world built around a particular kind of body, he lives in a body outside of the norm. These two things – his work and his body – tell us a great deal about how this person lives and moves in the world. Zacchaeus is caught up in webs of injustice. He benefits from some of these systems, and from others of them he doesn’t. That ought to sound like a familiar experience.

When Jesus looks up and sees Zacchaeus up in the tree, we’re catching a glimpse of how Zacchaeus interacts with the world around him. He lives in a world built for people taller than him. The crowd around him doesn’t seem to care too much about how he lives and moves in the world. And so he carves out a space of access for himself. He advocates for what he needs, and today what he needs is to see Jesus. If the crowd won’t make a space for him, he’ll make a space for himself. This is brave and it is not easy.

And Jesus notices. This moment of noticing is the axis on which the whole story turns. Jesus sees; he notices; he pays attention, and he responds. And how does he respond? By inviting himself over for dinner! “Come down from that tree, Zacchaeus; I’m coming over.” If you’ve ever had someone invite themselves over for a meal, you know it can be a bit disconcerting. But if the person is Jesus, it’s probably pretty exciting. And for Zacchaeus, something happens in that moment of noticing and invitation. Something happens within him – he recognizes something about himself, about the ways that he’s caught in those systems of injustice. He sees himself more clearly, recognizes that he’s not been living in a way that makes space for others. We aren’t privy to that whole dinnertime conversation between Jesus and Zacchaeus, but we know that it ends with Zacchaeus promising to give away half of what he owns. And not only that – he promises to pay back whoever he’s wronged in his work and in his life.

Something has shifted for Zacchaeus in that moment of Jesus’s invitation. Jesus sees Zacchaeus for who he is, all the complications of his identity, all the ways he contributes to and is a recipient of the worst of unjust systems. And Zacchaeus simply cannot stay the same. He has a new kind of space now, a new outlook on what it means to live and move in a world caught in systems of injustice. He realizes that he must respond, and so he does.

Zacchaeus responds by looking back at the potential harm he’s caused, and paying back the people he’s wronged, four times what he owes them. He repents, in the very best sense of the word – he sees how he’s been enmeshed in these systems of injustice, and he looks back to see what he can do about it and he looks forward to start living in a new way. In that moment over dinner with Jesus in his living room, Zacchaeus experiences a real, true turning point.

I wish there was an addendum to this story at the back of Luke’s gospel, where we could find out how Zacchaeus was living his life a couple months or a couple years after this encounter with Jesus. I wish we could learn from him and how he kept moving forward, making space for his neighbors in new and creative ways. But we can only wonder – I wonder if he found a new kind of job where he was able to engage his community with integrity, or maybe he found ways to transform the system he was a part of and make it better. I imagine that Zacchaeus kept climbing trees if the crowds wouldn’t make a way for him, but I wonder if he also helped other people get what they needed when the crowd around them wouldn’t make space.

When I think of this Zacchaeus story, I think of the millions of ways that brave people have created access for themselves and left a legacy of wider circles of welcome and love. I think of civil rights activists like Pauli Murray and Fannie Lou Hamer, who advocated tirelessly for the full flourishing of Black bodies in this country. I think of my friends in the Presbyterian ordination process who had to work hard and with great opposition in order to get test accommodations for learning disabilities. They’re creating space for themselves and for students who come after them. I think of young climate activist Greta Thunberg, who spends time with world leaders advocating for climate justice. She’s leaving greater space behind her for the earth and its creatures. I think of grassroots networks of people across time and space who have worked together, prayed together, marched together, held space together to widen a circle of welcome for more and more people to live as God created them, beautiful and beloved.

And when I think of the Zacchaeus story, I also think of all of us. I think about the ways that members of this community make space for one another, both here at church and in our own neighborhoods and communities. I know that many of us have stories of a Zacchaeus moment in our own lives – encounters with holiness that have left our worlds turned inside-out and backwards, encounters that have prompted us to live differently. A conversation with a friend, a worship service or hymn sing, a protest march, a shedding of tears at a hospital bedside, laughter and play with a child. These moments of holy encounter can help us to see our world in new ways, just like Zacchaeus did.

I imagine that if I had you turn to a neighbor and share about one of your own Zacchaeus moments, you could think of one, even one in the last year and a half of pandemic life. Don’t worry – I won’t make you do that – but it’s important to mark those experiences, to name them, so that we can learn to slowly untangle those webs of injustice that we’re all caught in. Zacchaeus responded to his own holy moment in a big way – he gave away possessions and went above and beyond to repair damage he’d done. That response might feel overwhelming, but we can all start somewhere. Here at Westminster, we shared last week that we’re partnering with Temple Israel Minneapolis to welcome a family from Afghanistan fleeing Kabul. This partnership is the direct result of countless holy moments throughout our sanctuary discernment process. That discernment work allowed us to make space for partnerships like this one, where we’re working to create space for our neighbors. Another example from our own community – last year one of our youth recognized that online learning wasn’t working well for some of their peers. So they created a system where fellow youth could ask for and offer help with studying particular subjects together. That wouldn’t have happened without the holy moments of vulnerability in youth group zoom rooms and outside in the Westminster courtyard. Our young people are especially good at making space for one another.

As our worship takes us to this Communion table later in the service, we remember the ways that this table makes space for the whole household of God. I think often of this quotation from the late Christian writer and speaker Rachel Held Evans, from her book Searching for Sunday: “This is what God’s kingdom is like: a bunch of outcasts and oddballs gathered at a table, not because they are rich or worthy or good, but because they are hungry, because they said yes. And there’s always room for more.” May it be so, here and throughout the world God loves. Amen.