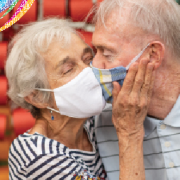 Three years ago, a group of committed lay leaders formed a group to minister with and to older adults in our community. They formed a committee to plan monthly programs and chose the name New Old Adventure (NOA), which was meant to illustrate how differently people live their older years now than in earlier times. Although the name and NOA served the purpose for our first few years, the committee decided a new name would better communicate an expanded purpose for a broader group of people. The group voted and agreed on the name “Third Age,” which is simpler to understand and eliminates the word “old,” which some felt had negative connotations.

What is the Third Age? If life is made of three ages, the first age is youth, the second age is that period of time when career and family occupy most of one’s time and energy. Following that is the Third Age when there are often fewer commitments and more flexibility in personal schedules. This is the period of life that will be our focus—to create programs for Westminster’s Third Age to thrive spiritually, socially, physically, and intellectually. We recognize that it is critical for people at this point in life to stay engaged, have social contacts, and a sense of purpose and hope to design programming to facilitate that.

September 15: What Is Life’s Third Age?

October 13: What Is Life’s Third Age?

November 10: Grief and the Holidays

Monthly Third Age forums are generally held from 11 am-1 pm and take place in person at Westminster, but will also be available online through Zoom.