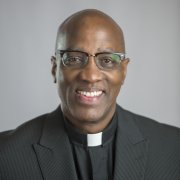 The Rev. Dr. J. Herbert Nelson, II, PC(USA) Stated Clerk, is calling us to pray for cessation of violence in the Holy Land and inviting us to urge members of Congress to support the Defending the Human Rights of Palestinian Children and Families Living Under Israeli Military Occupation Act (HR 2590). The bill, introduced by Rep. Betty McCollum (D-Minn.), would prohibit the use of U.S. funds to support the military detention of children, the demolition of Palestinian homes and the further annexation of Palestinian territory. Find your U.S. Congressional representatives using this tool.

Westminster has long-established covenant relationships with Evangelical Lutheran Christmas Church and Dar Al-Kalima University and we stand in solidarity with our Palestinian siblings as unfathomable violence threatens to overtake them. Let us pray and use our voices.

Office of the General Assembly, PC(USA)

We have watched with shock and dismay the violence that is once again ripping apart the Holy Land and its peoples, and we are deeply concerned about a further escalation. We send our condolences to the families of the deceased and our prayers for healing to those who have been injured.

However, being “deeply concerned” does not go far enough in understanding the root causes of this current crisis. The situation that existed in Jerusalem prior to this latest flare-up was already untenable.

On April 22, Israeli Jews from the Jewish supremacist group Lehava gathered in West Jerusalem at Zion Square and marched to East Jerusalem, chanting “Death to Arabs.” The march was in response to what they claimed were attacks on Jews, which had been filmed and posted to the social media app TikTok. The violence comes amid almost daily clashes between Israelis and Palestinians during what is the holy month of Ramadan for Muslims.

There are several incidents that happened prior to this latest round of violence, including:

– the inability for Palestinian Arab Christians to access the Church of the Holy Sepulchre on “the Saturday of Light” (May 1), and to participate in the Holy Fire ritual at the church. They were prevented from reaching the church by Israeli security forces.

– the ongoing dispute in the Sheikh Jarrah neighborhood, where land and houses being claimed by Israeli Jews as property belonging to Jews before 1948 remains a powder keg. Upward of 50 Palestinians stand to be displaced if the Israeli High Court rules in favor of the Israeli Jewish plaintiffs.

These are just a few of the incidents that have provoked violence and displacement in the region.

No country can, nor should, tolerate random acts of violence against its citizens by those wishing to take the law into their own hands. Yet one cannot ignore the structures that currently exist in Israel and the occupied Palestinian Territories, where a well-orchestrated, planned and calculated system has been engineered to subject one group of people to a system that has now been likened to apartheid, while allowing another group of people to dominate.

All across the West Bank, a road system of bridges, tunnels and underpasses is currently being constructed to ensure Israeli domination over the Palestinian population who lives there.

We state unequivocally that these are crimes against humanity, and we cannot and will not remain silent while such a system is allowed to perpetuate itself. Israel can no longer act with impunity in these territories and continue to settle its own civilian population beyond the green line and continue to apply its own set of laws there while claiming that these same citizens need “security.”

As people of faith, we must condemn violence in all its forms. Random acts of violence against one person or group over another, state-sponsored terrorism, the firing of rockets at civilian population centers and the heavy-handed aerial bombardment of civilian neighborhoods in densely populated locales are criminal and are not in keeping with God’s wish for God’s people.

Hamas cannot continue to fire its homemade rockets at will toward Israel. In the end, violence will beget violence and the civilian death toll will only increase. We outright reject this indiscriminate use of force.

Likewise, we condemn the ongoing racist settler-colonial mentality that continues to dominate the Israeli psyche, and that plays itself out daily, in subjecting the Palestinian population to that of second-and third-class citizens — both inside Israel as well as in the West Bank and Gaza — and that treats them as less than human. Such thinking only continues to perpetuate a regime that cannot and will not last.

All of these actions are crimes against humanity.

On May 15, Palestinians will mourn — not celebrate — Nakba Day, remembering “the catastrophe” that befell them in 1948, 73 years ago, when upward of 750,000 people were either forcibly evicted from or fled their homes and villages in the wake of fighting. In their minds, the continued system of expulsion and uprooting of individuals from their homes is a continuation of this catastrophe.

We pray for a just and equitable solution to the current situation unfolding, and we ask the international community to intervene to ensure that International Humanitarian Law be applied to the occupied Palestinian Territories.

We stand alongside our partners and friends from the Christian communities of Jerusalem, who have stated that “the actions undermining the safety of worshippers and the dignity of the Palestinians who are subject to eviction are unacceptable” and that “these concerning developments violate the sanctity of the people of Jerusalem and of Jerusalem as the City of Peace.”

We stand with our friends at Rabbis for Human Rights, who have stated that “as believing Jews, as rabbis, we cannot stand idle. The idea of Jewish supremacy is so foreign to our values, found in the Bible, to love and respect the ‘stranger’ — the Other — equally created in the divine image.”

We stand with people of conscience everywhere, who say with a loud voice “enough is enough.”

We call on Congress and the current U.S. administration to take a more active role in seeking to calm the current situation and a more proactive role in the future in helping to resolve — not just manage — the conflict that continues to divide Israelis and Palestinians.

Specifically, we ask that the administration press Israel to halt the forced displacement of families in Sheikh Jarrah and across the occupied Palestinian territories. In addition, we ask that the administration investigate whether U.S.-made weapons and equipment were used in Israel’s demolitions of Palestinian homes and property in violation of the Arms Export Control Act of 1976.