Living Today with Tomorrow in Mind 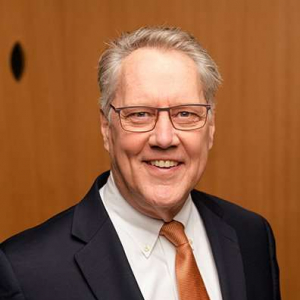 It’s gardening time in Minnesota. At our house the bulbs that went in the ground in previous fall seasons are up and coloring the world. The daffodils are especially bright this year, helping shake off the drab weariness of the pandemic. There are more than 13,000 varieties of daffodils; we seem to have half of them in our garden.

My mother-in-law Carolyn, who died a year ago last Thursday, would be pleased. Over the decade she lived with us she was on a daffodil mission, planting bulbs every fall. Anyone who plants bulbs lives today with tomorrow in mind.

If daffodil were a verb, we have been “daffoldilled” by Carolyn. One of my favorite memories of her, when she was in her early 90s, was the time she headed out the back door into an October snowfall, lugging a bag of 75 bulbs, eager to get them planted before winter. Her legacy has come up all around us.

Jesus was once mistaken for a gardener. It was Easter morning and Mary had come to the tomb to anoint his body, but it was nowhere to be found. She asked a gardener nearby what had happened, not recognizing him as the risen Jesus. What made her think Jesus was a gardener? Did he rise early that day, come out of the tomb, see a rake and clippers, put on some gloves, and start tending flowers planted among the tombs by grieving families?

I wonder if Joseph and Mary had a little garden plot in Nazareth that Jesus helped tend as he grew up in that small hilltop town. Maybe he joined in planting bulbs of the sweet little flower called narcissus galilee, a type of paperwhite daffodil that grows in Nazareth.

When Jesus talked about fruit trees with his followers I imagine he remembered the trees from his childhood. “No good tree bears bad fruit,” he said, perhaps thinking of the orchards he used to run in as a boy, and remembering something his father or other adults had said to him at harvest time.

“Nor again does a bad tree bear good fruit; for each tree is known by its own fruit. Figs are not gathered from thorns, nor are grapes picked from a bramble bush.”

It was simple imagery, using common sense, but it carried the truth Jesus wanted to tell:

Jesus knew what every gardener and every farmer knows: plants that are healthy on the inside, well-nourished in the soil and with sun and water, will produce a good harvest. So it is with each of us, Jesus is saying. The manner in which we live, you and I, reflects what we hold in our hearts, our deepest values and most profound commitments in life.

Like the trees in gardens and bulbs in the earth, we are known by the fruit we produce. A kind heart will show up in our relationships, especially with strangers. A generous heart will give freely without expectation of anything in return. A learning heart will listen. A heart for justice will join others in seeking to change the world. A loving heart will not keep self at the center. And a faithful heart will never lose hope.

In contrast, as the wisdom of Proverbs tells us, “Whoever sows injustice will reap calamity.” (Proverbs 22:8)

Haven’t we seen that in our land? A nation with social systems based on racial superiority is reaping what it has sown over centuries. The Westminster Town Hall Forum will explore that painful reality in an extraordinary series aired every Tuesday in May at noon, starting this week, called The Arc Toward Justice.

I’ve had the privilege of pre-recording conversations with historian Jelani Cobb and the Rev. Dr. Otis Moss, III, and will be speaking with members of George Floyd’s family in two weeks. Neither Cobb nor Moss, leading voices in our time from the Black community, is surprised by police violence and the surge of white supremacy.

A bad tree, after all, does not bear good fruit.

Jesus didn’t limit his illustrations only to the world of nature. If you were an urban dweller who didn’t understand agriculture, he assumed you knew about architecture. “I will show you what someone is like who comes to me, hears my words, and acts on them, “Jesus said.

“That one is like someone building a house, who dug deeply and laid the foundation on rock; when a flood arose, the river burst against that house but could not shake it, because it had been well built.”

“But the one who hears and does not act is like someone who built a house on the ground without a foundation. When the river burst against it, immediately it fell, and great was the ruin of that house.” (Luke 6:47-49)

The wisdom is so simple, and so clear. A bramble bush does not produce grapes, nor a thorn tree, figs.

That is true for individuals – for you and for me – for communities, for nations – and for congregations.

I once read a book about cultivating “spiritual redwoods.” It was part of the Church Growth Movement of some years ago that gave rise to the mega-churches dotting the American landscape today. But Jesus wasn’t talking about giant redwoods. The goal for Christian community is not size; it’s life-giving, justice-seeking, God-worshipping, scripture-reading, Jesus-following ministry.

What matters is the fruit, which means caring for the planting, the watering and fertilizing, the trimming, the cultivation of a tree that is healthy and ready and able to bear good fruit. In other words, our worship and educational ministries, our nurture of children and youth, our welcome of newcomers and our partnering in the city with others working for justice, our care for one another – all these dimensions of the life of Westminster both produce good fruit and are the product of careful tending of the garden of faith planted here long ago.

Legacy Sunday at Westminster offers an annual reminder of the importance of living today with tomorrow in mind. We have a history of doing that in our congregation. We see it in multiple generations of the same family providing leadership in our church. We see it in facilities we’ve built for generations yet to come. And we see it in the Legacy Circle – those who’ve planned to give a portion of their resources, no matter the size, to the church when they’re gone. My mother-in-law did that, as have more than 100 others at Westminster.

One of them was the Rev. Elizabeth Downing Heller. The first time I met Liz she told me she’d known my family for 50 years. My father went to McCormick Seminary in Chicago with Liz in the late 1940s, and my father-in-law served with her as a leader in a national Presbyterian young adult program in those years.

Liz graduated from seminary in a time when the Presbyterian Church did not ordain women as pastors, but that didn’t stop her – which would not surprise anyone who knew Liz. She was appointed to the campus ministry at the University of Minnesota and began a long, fruitful sojourn among students there. Many alumni still remember her and are living legacies of her leadership on the campus.

Westminster became Liz’s home church in those early years. Eventually, in 1977, we called her to be an Associate Pastor, the first woman from our congregation ordained as a minister. Some of you will remember that ordination service. The naming of Heller Commons in her honor celebrates her place in Westminster’s history.

Liz never left Westminster, even after retiring. She lived across the street and was a presence every Sunday, resplendent in her trademark blue. Over her lifetime Liz built a collection of art; she was passionate about art that illustrated biblical stories. She acquired works from around the world, often starting friendships with the artists. Liz was instrumental in creating the thriving ministry of visual art at Westminster.

Liz gave much of her art collection to Westminster in 2016. She died three years later, and in her will left a Legacy Gift to create the Visual Art Legacy Fund. The resources generated from that endowed gift will be used for generations to come, adding to the church’s ability to use art to nurture Christian faith.

“Look what somebody else has done,” Liz said. “Everything in service at church is a legacy going on.”

Sisters Ruth and Ruby Hass became part of Westminster even before Liz Heller. The two were nurses, having trained at Abbott Hospital. Westminster owned Abbott in those days, and nursing students graduated in our sanctuary. I remember Ruth and Ruby telling me about receiving their diplomas on this chancel.

Ruth was a nurse during WWII, caring for American soldiers and Japanese prisoners. She and Ruby later attained master’s degrees. Ruth went into nursing administration and Ruby into teaching.

The two of them lived together and were active leaders at Westminster – here every Sunday and at every church event. They served a variety of ministries, including in the kitchen with FEAST, the program preparing and serving meals for hungry people every month.

For many years, Ruth and Ruby led WOW – Westminster on Wednesday, the mid-week women’s ministry. They planned each week’s program. They organized summer WOW day trips by bus. They were especially supportive of Westminster’s staff members, honoring us in an annual lunch.

Ruth and Ruby were modest, faithful, and deeply committed to serving others in the name of Jesus Christ. Westminster was the center of their lives for many years, and they wanted to see the church thrive beyond their lifetimes. So they made provisions for legacy gifts to support ministry with women and children.

Their gifts helped the Open Doors Open Futures campaign create new spaces for kids. The Recreation Room was designed to expand children’s ministries and is doing so not only for church kids, but also the special needs children of St. David’s. It’s a better day for children at Westminster – and for women – because Ruby and Ruth joined many others to make these spaces possible.

That one is like someone building a house, Jesus said, who dug deeply and laid the foundation on rock.

It’s gardening season in Minnesota, a time when we’re seeing the fruits of the labor of those who’ve gone before us, planting bulbs and sowing seeds. We give thanks for their legacies that live on in the ministry of this congregation. Those legacies are, in the words of the psalmist, “Like rain that falls on the mown grass, like showers that water the earth.”

They’re helping build the Beloved Community at Westminster, the very community that gathers today around this table to share in this ancient feast, which is itself a legacy of love.