Forty days is a long time. A lot can happen in 40 days.

Forty days ago, more than 120,000 Americans were still alive who would die of Covid over the next 40 days.

Jesus spends 40 days in the desert as he begins his ministry. The Church chooses to remember those 40 days of Jesus by setting aside a time to prepare for Easter. For some of us Lent may be a new experience. I first heard about it from Roman Catholic friends in grade school. I was a little confused and, I admit, envious about this special season I’d never heard about. It’s been around for 1700 years. Many of us are latecomers to one of the oldest spiritual practices of Christianity.

Forty days. Three times in the desert Jesus is challenged by the devil to give up on God, to solve his problems by trusting the trappings of power in this world. And three times he resists.

When we hear the story of Jesus in the wilderness we’re drawn to the account of the temptations, because that’s where the action is. This is the Jesus of our dreams. He fends off the devil. He’s resilient. He shows strength and endurance, heroic qualities. Jesus as ultra-marathoner, as endurance athlete, undeterred by mere mortal needs.

Jesus live out the prayer of the psalmist in the rugged wilderness: “O my God, in you I trust; do not let me be put to shame; do not let my enemies exult over me.”

This Jesus will not go down in defeat.

Forty days. A lot can happen. But when we read the story closely, we learn that not much does.

The temptations, Matthew tells us, come at the end; “He fasted forty days and forty nights, and afterwards he was famished. The tempter came and said to him, ‘If you are the Son of God, command these stones to become loaves of bread.’”

The devil doesn’t show up until Day 40. What was going on until then?

Jesus enters the wilderness alone, and then we encounter him 40 days later, on the other side of silence. Morton Kelsey wrote a classic guide to Christian meditation with that title: on the other side of silence. In it he invites us to re-discover the ancient Christian practice of the quiet contemplation of God. That’s what Jesus was up to in those weeks before the action begins. The 40 days of silence in the desert are the key to Lent, not the last-minute grappling with the devil that we fuss over each year.

“I invite you, therefore, in the name of Christ, to observe a holy Lent.”

On Ash Wednesday we hear those words from the Church’s tradition. How do we observe a “holy Lent?” We mock this annual season if we make it into something it is not, pursuing a version of Lent that leans in the direction of Western capitalism, in which we must produce and consume. Lent becomes Forty Days of Purpose, as if Jesus carries a strategic plan into the desert, intent on conquering it and mastering the experience.

Anyone who has truly gone into the wilderness has learned that one does not tame the wild; one enters into it and is changed by it. In the quirky New Zealand film Hunt for the Wilderpeople, 13-year old Ricky, who has no family, flees his foster-home fate by running away into the forest where he is found by gruff and grizzled Hec, who is more at home in the bush than anywhere else. When Hec is injured and they have to stay in the forest, the two find themselves relying on each other. They each confront their own demons in the wild, and as the weeks pass they find that the wilderness slowly changes them.

Like Ricky and Hec, Jesus was not going anywhere when he entered the desert; in forty days he could have walked the from the Sea of Galilee to Jerusalem and back again twice. Jesus was not interested in getting somewhere, arriving at a destination. He was merely pulling away and being alone, seeking the change that comes from such an experience. He was on a wilderness retreat.

A Jesuit priest friend of mine takes a weeklong silent retreat every year, and every ten years, a 30-day silent retreat. He says it has had a profound effect on him. I envy his courage, for that’s what it takes to separate ourselves from the world. This is intention a isolation, not the cruel separation of Covid. We’ve been unintentionally in the wilderness this past year.

Most of us can hardly stand a few minutes of silence, let alone many days of it. That’s true for young Ricky in the movie. The most courageous part of what he does, and of what Jesus does, is simply to enter the wilderness. To go into the silence.

I once spent a week in a hermitage in silence. What I remember most about the experience is how important listening became. I settled into the little cabin in the woods, not far from a small lake. I started my time intending to read – I had a full list and a pile of books – but the longer I was there the less interested I was in doing anything productive. I would venture out and walk quietly down the paths to the lake, wander through the trees and across the fields, and listen as if I had never heard the world before.

Ricky and Hec, the wilderpeople, learn to listen in the woods. They listen so well that they hear a bird thought to be extinct. The wilderness silence opens our ears and our hearts to surprises. But first we have to be quiet, and patient.

Poet T. S. Eliot writes in Four Quartets about that place of quiet:

“The still point of the turning world…

where past and future are gathered.

Neither movement from nor towards,

neither ascent nor decline.

Except for the point, the still point.” (Burnt Norton, Section II)

If we make Lent into a time to work hard at something, to solve a problem, to start something new, we miss the still point of this time. For Jesus, the 40 days are a time of doing nothing, of letting go of goals and assignments. Can we, you and I, find a way to put moments of doing nothing into each day of Lent, and savor those moments as mini-spiritual retreats?

Jesus goes into the desert because the desert is quiet and barren and thirsty. He begins his ministry by adopting the wilderness as the reality that will support him the rest of his life – much as it did the prophets of old, whose imagined streams flowing through parched earth sustained them across the hard years of life, causing hope to burst open in unexpected places – like a once extinct bird.

The world is noise; the desert is silence. Jesus goes to the desert to listen.

Lent is the listening season.

Listening is an essential act of what it means to be a creature alive on this earth. When human beings first turned their gift of listening to the silence of starlit heavens and the wild wind of storm-filled skies, to the rhythms of water rippling and receding, to the sounds of fellow creatures, we began to discover a connection with life beyond the material world. Religion was born in such listening, and it will only be sustained by the continued practice of listening, of paying attention to sounds beyond our own.

Whatever our concept of the Holy, we form it by listening. That’s why our worship includes the reading of ancient words, to which we will listen, and silence, in which we will listen. To paraphrase the writer of the Letter to the Hebrews, to listen is to have faith in things unheard, to find hope in sounds beyond our own.

As our 18-month old grandchild discovers their own voice in the act of listening to others, it reminds us and teaches us that we listen in order to be taken beyond ourselves, willingly, as an act of trust. Perhaps the chief purpose of religion is to launch us on that adventure.

To listen is to pay attention, and paying attention may be the most important thing we can do in Lent. Fifty years ago, Nobel Laureate Herbert Simon coined the phrase attention economy to describe a world increasingly defined by a paucity of attention in the midst of information-saturation.

“A wealth of information,” he wrote, “Creates a poverty of attention.” (https://en.wikipedia.org/wiki/Attention_economy)

He said that before the Internet, before digital algorithms, social media, online platforms, and before our phones became handheld computers. Everything now vies for our attention, so much so that few things actually attain it for very long. Simon debunked the myth of “multitasking,” as an unsatisfying impossibility.

Our attention is among the most valuable things we have, and yet we squander it, giving it away too easily. Lent asks us to resist all that and pay attention to the holy quiet.

Can we go with Jesus into the desert this season, and simply listen for a time each day, a moment unconnected to anything but our heartbeat, a moment that might slowly extend through this time, and even, perhaps, beyond? Can we emerge on the other side of silence, having been changed by what took place there?

To do that – to find the still point, to become a wilderperson – will take courage, but it might just change us, and that, after all, is the point of these 40 days.

And a lot can happen in 40 days, especially when nothing happens, other than listening to the silence. 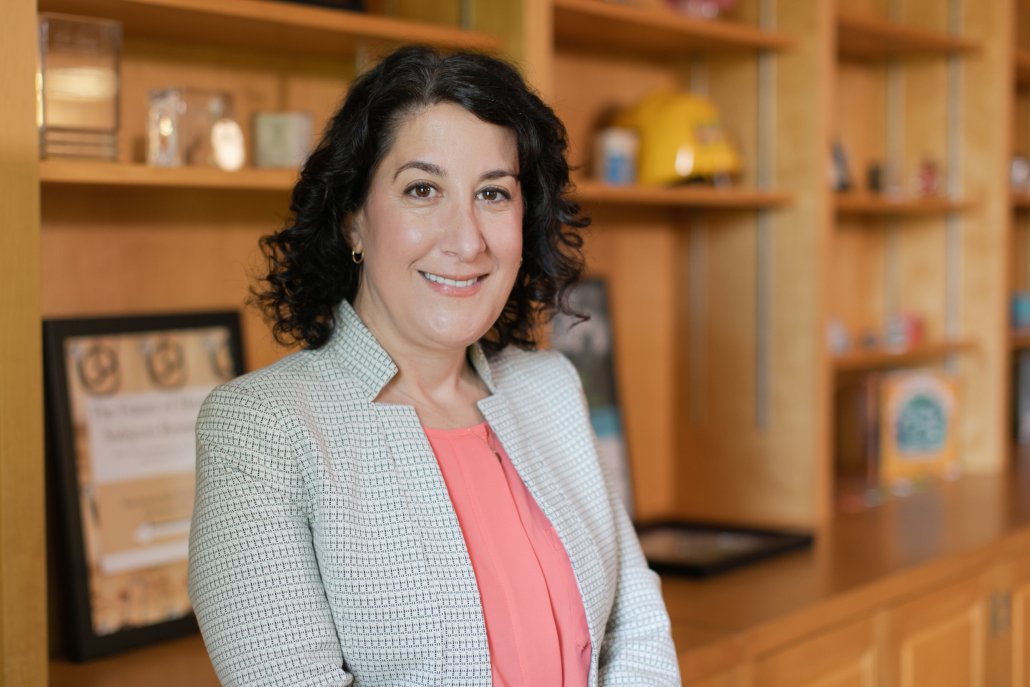 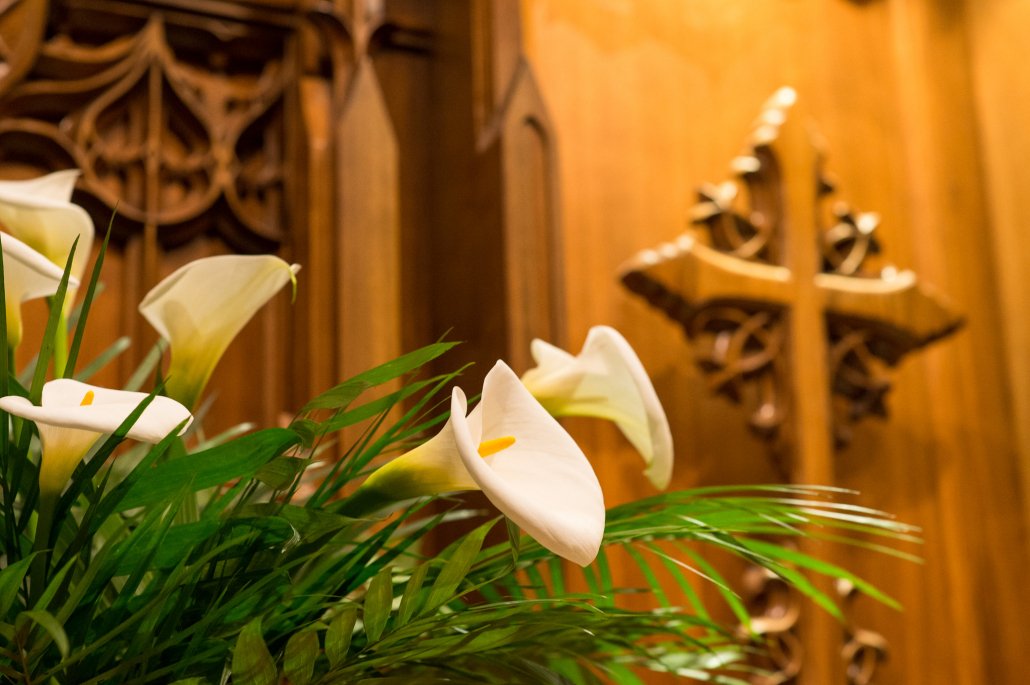