The Kingdom Has Come Near 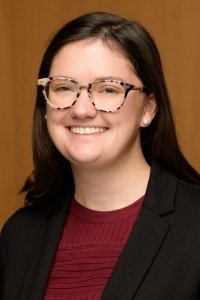 I don’t know about you, but I’m starting to feel suspicious of Wednesdays. The past three Wednesdays have been momentous, some for good reasons and some for not so good reasons. Do you remember three Wednesdays ago, January 6? The Capitol insurrection? And do you remember two Wednesdays ago, January 13? The second impeachment of the former president? And I think you probably remember this past Wednesday- the inauguration of a new president in this country. Insurrection, impeachment, inauguration- these January Wednesdays have held an awful lot for the life of this country, and I’m hopeful that this coming Wednesday might be a bit quieter.

I wonder if you were able to make space to tune into the ceremony of this past Wednesday- the third “I,” the inauguration. Even if you didn’t, you likely heard the words of 22-year-old poet Amanda Gorman. Her poem, “The Hill We Climb,” was a moment of incredible beauty and power in the midst of a ceremony more subdued than usual due to COVID and the continued threat of violence. Her words reminded us of the histories that have animated this country’s past, and she offered words of hope and strength for the task of building a more beautiful and inclusive future. I heard a lot of folks expressing their surprise at the depth and power of her words as only a twenty-two-year-old, but I was not surprised. I spend time with the young people of this congregation all the time, and I can promise you that we are in good hands with their leadership and vision and commitment to beauty and inclusion. Amanda Gorman’s words reminded me of our young people and the hope they both embody and inspire. And one particular part of her poem spoke not only to the kind of future that our young people envision and work towards, but also the kind of future that God desires for the world. It’s a vision that goes far beyond the pomp and circumstance of a patriotic national celebration like the one we saw Wednesday. This is a vision that has animated people of faith for centuries across time and space and culture. Here are the words of poet Amanda Gorman:

Scripture tells us to envision

that everyone shall sit under their own vine and fig tree

And no one shall make them afraid

If we’re to live up to our own time

Then victory won’t lie in the blade

But in all the bridges we’ve made

That is the promised glade

The hill we climb

If only we dare

Gorman alludes here to a passage in Micah- maybe you scrambled to Google like I did right after you heard the poem to remember what this passage says. She alludes to this moment where the prophet Micah shares God’s vision of a better future for the community: people will make their weapons into garden tools, there will be enough resources to go around, no one will need to learn violence, and people will dwell together in community. This vision that poet Amanda Gorman alluded to is one among many, many visions of a beautiful future that we hear of throughout scripture. Visions of the promised land helped to lead God’s people out of slavery; visions of restoration gave peace to God’s people during times of destruction and violence; visions of beauty and streams in the desert granted the people hope in the midst of exile. And with the arrival of Jesus at the turn of the century, the people heard echoes of that same vision as Jesus began to preach and teach about the kingdom of God. People heard Jesus talk of found coins, prodigal children, mustard seeds, pearls of great price; and with all these stories and throughout all of Jesus’s ministry, the people of God would have recognized a similar vision to the visions that had led their ancestors throughout the generations.

In Mark’s gospel account, Jesus’s first act of ministry in Galilee is to give voice to this vision and to claim that it has already been set in motion. Fresh from his forty days of wilderness dwelling after his baptism in the river, Jesus proclaims, “the kingdom of God has come near.” God’s vision for the future of the world is already begun; indeed, it is set in motion in the person of Jesus Christ. Some Christian leaders in the early years of Christianity referred to the kingdom of God as a “self-kingdom” in their native tongue, pointing to the conviction that Jesus himself was the embodiment of God’s kingdom, of God’s vision for the world as it ought to be. The world as God desires it. The coming of Jesus into the world, the child of God sent to traverse the same paths as we do, is the coming of the kingdom of God.

In the world of today’s text from Mark 1, this proclamation both begins and grounds Jesus’s years of ministry that will follow. God’s vision for the world has already arrived, is already in the world waiting to be discovered, waiting to be encountered with all of the senses, received with joy and thanksgiving. But the proclamation of God’s kingdom would have been an audacious one for the people of first-century Galilee. There was only one kingdom – the kingdom of the Roman empire, and along with it the little kingdoms of the little states like Galilee, governed by people like King Herod Antipas, son of the same King Herod we hear about in the Christmas stories.

And the indicative quickly turns to imperative – Jesus doesn’t stop with the statement the kingdom is here. “Repent; believe this good news; and follow me,” he adds. Jesus’s call is to see that God’s kingdom of love and grace is all around us and then to do something about it. Jesus’s call is a call of radical reorientation. From the Galilean countryside to Nicollet Mall, Jesus’s call is to repent, believe, and follow. His call is to turn from the allegiances we claim that bring a way of life opposed to the Kingdom of God. His call is to believe – to turn towards an allegiance to God’s vision for a more beautiful and inclusive world. His call is to follow – to always return to Jesus as one who embodies that vision more than anything or anyone the world has ever known.

Those disciples on the Galilean seaside give us a model for these commands. Jesus says to them, “Follow me,” and they simply follow. They lay down their fishing nets for good, turning from their former allegiances and turning towards God’s vision for the world. The laying down of their fishing nets is more than a job change; it’s a total identity shift. A radical reorientation towards the one whose “fishing” will cast the widest, most beautiful and inclusive net the disciples can imagine. They drop their nets to repent, believe, and follow. And this is our calling, too. In the words of one of my former pastors, “It’s all that easy and it’s all that hard.”

We are daily pulled in hundreds of different directions as we navigate what it looks like to be a faithful follower of Jesus in our own communities in the twenty-first century. Our forms of governance no longer look like the governance of Herod in Galilee; our family structures and domestic lives have evolved beyond first-century patriarchy; our vocational lives are different from those of the first disciples. But the work of reorienting our lives towards Jesus is still a daily work of repenting, believing, and following.

The insidious nature of White Supremacy requires us not only to examine the prejudices of our own hearts but also to work for real equity in the systems we’re part of – our school boards, our neighborhood clubs, our organizational affiliations, our families. The kingdom of God is at hand, and White Supremacy has no place in that kingdom. And the same can be said of any other form of injustice that seeps its way into our lives these days. The kingdom of God is at hand, and there is no place in that kingdom for ableism, for gender or sex-based violence, for economic exploitation, for the destruction of God’s creation, for anything that denies a fellow sibling the chance to flourish in a world that values the love and grace of God in Jesus Christ. These are the powers we turn away from, believing that God calls us to be better. This is how we follow Jesus.

But you’ve probably thought of those things before, those things that I just named. The really hard work is the work of denouncing those things and making way for the kingdom of God, which is already at hand. The really hard work is the work of following Jesus in such a way that we turn towards God’s vision for the world. This looks like speaking up when it’s uncomfortable to speak up. This looks like asking hard questions about your money and how you spend it. This looks like returning to scripture, regularly, and remembering how Jesus lived his life and what it shows us about the kingdom of God.

Amanda Gorman ended her beautiful poem last Wednesday by returning to the image from the prophet Micah, the image where all people get to sit under their own shaded tree. She said this:

When day comes we step out of the shade,

The new dawn blooms as we free it

For there is always light,

if only we’re brave enough to see it

If only we’re brave enough to be it

So today, and throughout this week, may we remain open to those glimpses of the kingdom at hand. And may we follow in the footsteps of those first disciples, repenting and believing and following Jesus. Amen.