Losing Paradise: What Happened to the Beauty of the Earth? 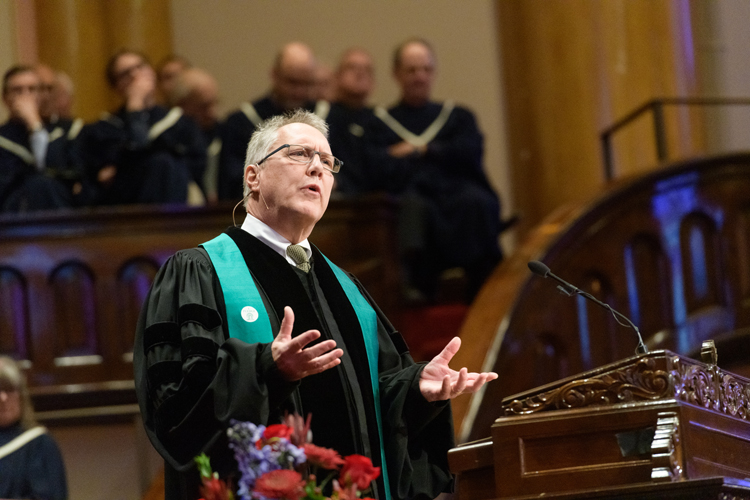 In the beginning was a bang. A Big Bang. Not an explosion that scattered all the elements that would eventually become the universe, but, rather, a bang that signaled the start of an expanding singularity that was the universe.

Singularity is the term used to depict that state when time and space collapse into a unity such that neither exists – a black hole. In one moment, that first total singularity broke open and the universe began to expand.

In 1927, Belgian scientist Georges Lemaître originally proposed the theory of an expanding universe. He referred to the universe before its expansion as the “primeval atom,” or the “Cosmic Egg.” He called the initial moment when the pent-up potential was released, “a day without yesterday.”

The ancient Hebrews spoke of Creation commencing on the first day, as well. They might have found Lemaitre’s theory convincing: “In the beginning,” they said, “The earth was a formless void.” (Genesis 1:1)

Out of that initial void, that first singularity – ex nihilio – 13.7 billion years ago, the universe began to open. An extremely hot gas – a dense, primordial particle soup – started to expand, and as it did, it slowly cooled and coalesced into the elements that would eventually form matter. About 380,000 years after the Big Bang – an infinitesimal moment after the Big Bang – primitive light first emerged from the expanding universe, not the stars that would begin to appear 400 million years later, but, rather, a kind of afterglow of that first day.

Again, the Hebrews saw it similarly: “And darkness covered the face of the deep, while a wind from God swept over the face of the waters. Then God said, ‘Let there be light’; and there was light.” (Genesis 1:2-3) This is not the light of the sun, which God creates on the fourth day, but, rather, light from a mysterious source beyond the earth.

Because Lemaître was also a devout Roman Catholic and a practicing Jesuit priest, who took a ten-day silent retreat each year and observed a Sabbath Day of rest each week, some fellow academics ridiculed his ideas. The phrase Big Bang was first applied to his thinking as a mocking term of derision.

Even Albert Einstein thought Lemaître’s physics were off-base. Einstein held to the idea of the Cosmological Constant, in which the universe was essentially static, with no beginning – no Creation – and no end. In the Jesuit priest’s theory, the universe clearly had a beginning and, one day, would reach an end. Some have dubbed it the Bog Crunch.

Eventually Lemaître’s ideas came to be widely accepted, especially after studies began confirming his predictions. Einstein called the Cosmological Constant his “greatest mistake,” and Lemaître’s ideas were vindicated. After Lemaître delivered a lecture on his theory of an expanding universe, Albert Einstein is reported to have said: “This is the most beautiful and satisfactory explanation of creation to which I ever listened.”

We should not miss the irony that it took a Catholic priest to correct the work of one of history’s greatest scientists on the question of how the universe began, what we call Creation. A fellow scientist said of Lemaître: “Science for him was the methodology for understanding the physical cosmos; revealed religion taught truths important for salvation.” (https://www.americamagazine.org/faith/2016/05/25/faith-and-science-georges-lemaitre-father-big-bang)

Around the same time the Belgian priest was making his scientific splash, there were other forces at work in the Christian world. The early 20th century Protestant fundamentalist movement was emerging around that time. It adopted the idea that science and religion were not compatible. That narrow view grew out of a response to the late 19th century rise in the critical study of scripture using methods similar to scientific inquiry – literary analysis, historical and archaeological research, textual criticism, comparative study of other traditions.

The fundamentalist insistence on the so-called inerrancy of scripture and the attempt to take biblical texts literally led to the conclusion that one could not be both a Bible-believing Christian and a person who trusted the claims and methods of science. Conversely, faced with a view of scripture and Christian faith that refused to accept the legitimacy of empirical research and intellectual inquiry, many scientists reached the same conclusion – that religion and science cannot mix.

As is often the case when dealing with extremes, the truth lies somewhere in the middle.

If read literally, the Genesis account of Creation is incompatible with science. Evolution did not occur in the course of six days. But the ancient Hebrews were not writing a textbook on biology or physics or geology and those scripture passages should not be read as such. They were doing something altogether different in their telling of the story of creation: they were naming God as the source of all life, all time and space.

That’s a profound claim about the unity of the Creator and the Son, not an attempt to explain how the universe began.

That’s a theological statement about Jesus, not an empirically verifiable theory about the origin of all entities.

That’s a credal affirmation of Jesus as the spiritual life and light of the world, not an effort to show Jesus as a source of light comparable to the sun or stars.

Neither Genesis nor the gospel has any interest in competing with or denying the work of science. To approach scripture that way forces it to do something it’s not intended to do and pushes believers into wrestling with a false dichotomy. The Church must not be cowed by those who argue that science and religion are not compatible, supposedly on the basis of “scriptural evidence.”

Christian faith is not anti-science. We can be people of faith and, at the same time, thinking, rational, science-supporting people. The two endeavors have distinct purposes. They both seek to offer ways of knowing truth – about matters related to physical reality, most of which can be tested empirically, and about matters of the spirit, most of which is not quantifiable. Both ways of knowing can lead us to the same conclusions about how to live our lives.

This Lent at Westminster we will explore the theme Losing Paradise. On the Sundays in March we will delve into scripture, especially the first chapter of Genesis, in order to reflect theologically on Faith and the Ecological Crisis. The Bible will be our companion in this process, not our competitor. We start this morning by affirming that science and faith should inform one another as we examine the story of Creation, and as we engage in the work of stopping environmental degradation.

Each of the Sundays in Lent will include a dialogue over lunch after the service to continue the conversation started in worship. Our guest at today’s lunch is Dr. Katharine Hayhoe. She’s on the faculty of Texas Tech in Lubbock, and in order to minimize her carbon footprint will appear with us in Westminster Hall by video link. Hayhoe is a climate scientist who helped write the last two National Climate Assessments. She spoke at the United Nations Climate Summit in Paris. Last year she received the U.N. highest environmental award, Champion of the Earth.

And she’s also a person of deep faith, describing herself as an “evangelical Christian.”

Hayhoe will speak of the risk posed by denying climate science – much of it coming from the evangelical Christian community – as we respond to a world undergoing massive atmospheric changes that pose enormous threats to life on earth as we know it. She challenges those Christians who insist their faith has no room for scientific conclusions about climate change, when 97% of climate scientists agree that humanity is causing climate change. Why deny the science? Even the Department of Defense concurs, calling climate change a “threat multiplier” because it makes existing problems that much worse.

Unfortunately, many of us have ceded the theological ground. We’ve given up the faith-based case for fighting climate change to those who argue that faith is not the friend of science. We have been reluctant to link our scientific worldviews with the claims of our faith. We treat the two areas – faith and science – as if they were two separate rooms, as if they were irrelevant to one another, and in so doing, cut ourselves off from what may be the most compelling argument for people of faith in responding to the ecological crisis.

We see that argument beginning to take shape in the lines of the Creation account in Genesis: After light bursts forth in the embryonic creation, God ascribes it a value: “And God saw that the light was good.” (Genesis 1:4)

How can light be good? Because it reveals the beauty of the earth. Whether under a jet-black sky salted with stars or at the rise of the dawning sun, light shows us what God saw, and gives us reason to join in the declaration of the goodness of the earth in our praise of God.

From the divine perspective, that’s the fundamental theme and purpose of the creation story. We are only at the introduction of the first light, Day One in the story, and already God is extolling the beauty and wonder of the earth. Wait until Days-Two-through-Six: it only gets more wondrous.

In the beginning was a bang, and with that bang came beauty. Climate change and the ecological crisis unfolding all around us, from a biblical point of view, threaten the goodness of Creation, and we are left asking, “What happened to the beauty of the earth?”

That’s the question that will haunt us through these forty Lenten days, and should stay with us through all our days on this earth. This is a season of lament, not only in Lent, but in our time. This is an age of deep spiritual longing, an era aching to repent and return to the Eden from which we are estranged, the Paradise we are losing.

The world begins in beauty. We will learn later in the story that we are stewards of that goodness. By the grace of God – and with strategies based on science – we may yet be able to take on that role.