What is the Christmas Vision? 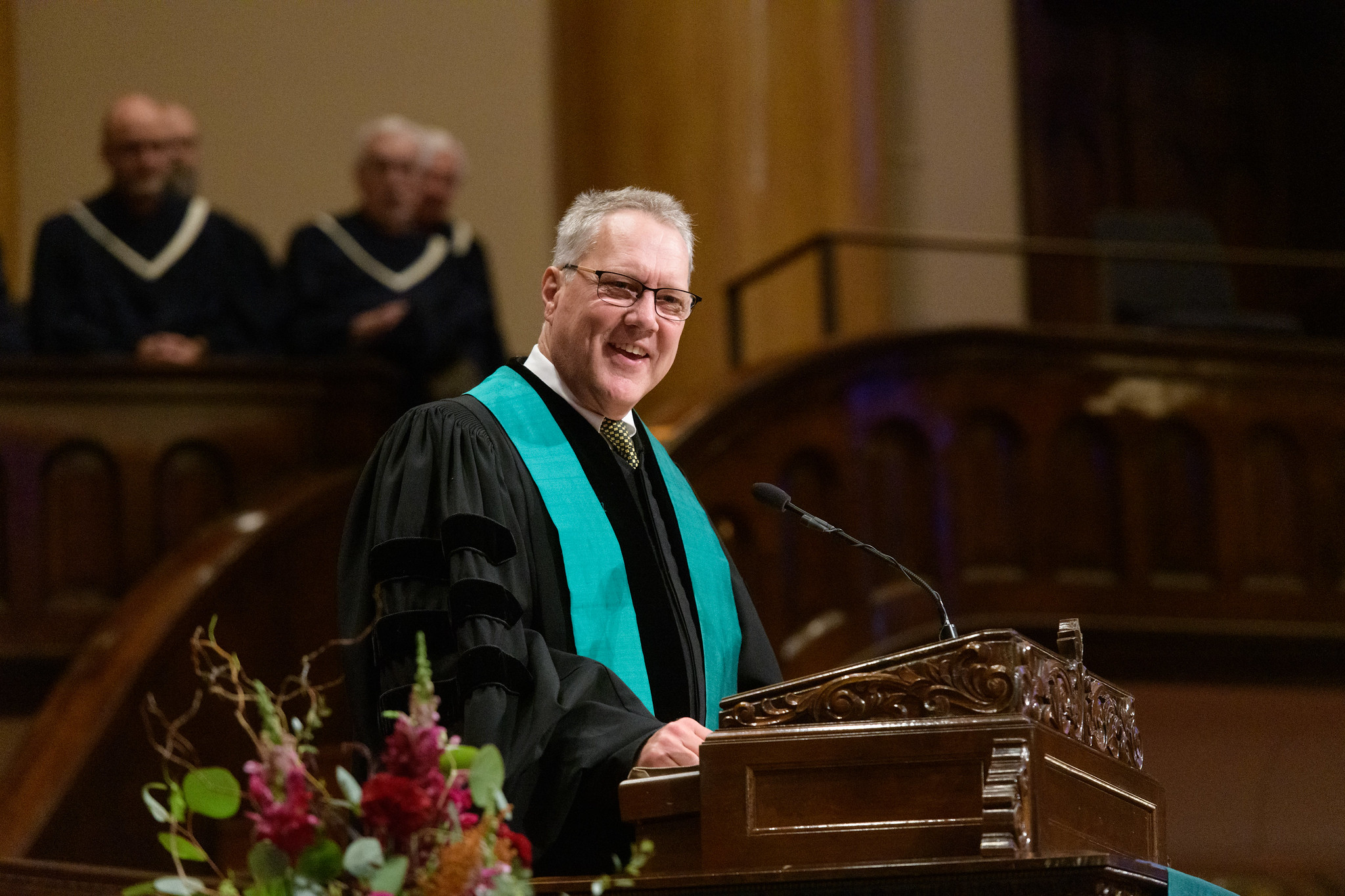 Christmas can bring with it a lot of unintended baggage. We see it everywhere, and sometimes feel it personally…non-stop merchandizing of the season…thorny family issues stirred up…parents wanting to do more than their finances allow…difficult memories of Christmases past that didn’t go so well…missing a loved one in this season for the first time.

There are lots of layers to Christmas. We project the demands and pressures of life onto one day, and are never completely satisfied. It’s asking too much of Christmas. The birth of Jesus comes and goes and things haven’t really changed. It’s enough to elicit a “Bah humbug” from us.

And this year add to the usual Christmas anxieties the developments in our democracy and in our culture and there’s not much comfort and joy in the air.

I took an informal poll among several preaching colleagues asking whether they planned to mention impeachment in their sermons this week. They all said no…but I think it belongs in the mix. It doesn’t help to ignore reality. No matter where we stand on whether or not the president should be removed from office, we’re all living under the same shadow of the events unfolding in the country’s capitol.

These are perilous times. Something has gone wrong with our nation.

Earth stood hard as iron, water like a stone;

In the bleak midwinter, long ago.”

We are in midst of our own national bleak midwinter. The partisan divide cuts through us like a frosty wind on a dark night.

I assume there are people on both sides of the divide in this room, in our families, in our workplaces, in our classrooms. What’s happening in Washington reflects the unrest and discord across the land. Opinions are hard as iron; perspectives like so many immutable stones.

Can Christmas cut through it all?

The prophets of old spoke of a day of reckoning that would come. That’s true in our time, as well.

It’s not only the president who will be put on trial; the entire nation is being held to account. And maybe the most important part of this process is what happens afterwards, where we go next. Will we emerge from this experience intact and able to find our way again as one people? Will we begin to expunge the animosities swirling in our hearts and reflected in our politics? Will we become a beacon of hope for the world once more, especially for those fleeing violence and terror?

We will be judged on whether we can move forward together from the shadows toward the light.

The world into which Mary’s sweet baby comes was not all that different.

Bethlehem was under occupation then, as it is today. Those living in poverty in that long-ago time – Mary calls them “the lowly” in her Magnificat – were locked out of prosperity, as many are today. Those in authority back then – Mary calls them “the powerful” in her song – seemed interested only in themselves and their version of reality, as is often the case today. Mary, the baby, and Joseph will flee for their lives and seek shelter in another land, as is happening across the world today, including at our own borders.

Christmas complicates matters because it refuses to look past grim realities that might get in the way of the story. In fact, they are the story. God did not send the only begotten child because all was right with the world. The Messiah comes because the world needs saving – mostly from itself.

Christmas points to the dream of another day precisely because we are in sore need of it – a day when violence will cease and the lives broken by it will be restored; a day when neighbor will not turn against neighbor, but instead live in peace with one another; a day when systems that have installed inequities among us are dismantled.

If the question is, “What is the Christmas vision?” Isaiah the prophet has an answer:

“They shall beat their swords into plowshares,

and their spears into pruning hooks;
nation shall not lift up sword against nation,
neither shall they learn war any more.”

Ancient hopes enter the world with Mary’s child. She sings about them when she says “yes” to her role in the Christmas drama. Her baby will grow up and one day proclaim that the reign of God has come near: justice, kindness, respect for each other, concern for vulnerable people, an inclusive table where all are welcome and fed, the right of everyone to the fullness of their humanity – yes, and even love of enemy.

Those values – that Christmas vision for the world – did not endorse the ways things were back then, and they do not approve of the way things are today. If we have the courage to embrace the dream of the world as it appears from that star-lit stable, then we will find ourselves at odds with the status quo.

That’s the theme of the film A Hidden Life. The movie takes its title from a line of George Eliot’s:

“For the growing good of the world is partly dependent on unhistoric acts; and things that are not so ill with you and me as they might have been is half owing to the number who lived faithfully a hidden life, and rest in unvisited tombs.”

The film’s story is based on the true account of Franz Jägerstätter, a young farmer in 1940s Austria conscripted into the Nazi German army. All new soldiers must take an oath of allegiance to Hitler, but Jägerstätter refuses to do so.

“What has happened to our country?” he asks a friend – a question sounding eerily familiar.

They arrest and imprison him, forcing him to leave his wife and three daughters. Multiple times he’s given a chance to change his mind and swear allegiance to the Fuhrer, but his faith will not let him. They keep asking if he thinks his little act of resistance will change the course of history. “They are only words,” they say, “You can think whatever you want.”

They keep telling him that no one will remember what he has done – that his life is hidden and of little consequence. But still he refuses.

Jägerstätter views the world through the lens of incarnate love. He has Christmas vision, and with it he sees that some things are simply not right, not just. He rejects the offer to compromise his faith and instead puts his trust in God. He takes a stand against a cruel system that dehumanizes anyone defined as “other” by the powerful – the very ones Mary says will be pulled down from their thrones.

The shadows are never so deep that we cannot trust in the light, no matter how faint.

The winter solstice occurred yesterday. Today we make the turn from the longest night toward the distant warmth of spring. Christmas is, in fact, in the air. The dawn will come. Our hope will not have been in vain.

God chooses to come among us in the bleak seasons because that’s where light is needed the most. Jesus is born in difficult times to a young unmarried woman to signal that with incarnation comes the promise of a better day.

“What can I give Him, poor as I am?” the poet Rossetti asks.

“If I were a shepherd, I would bring a lamb;

If I were a Wise Man, I would do my part;

Yet what I can I give Him: give my heart.”

This Christmas, amid all the tension and anxiety and rancor, the one gift we should be sure to give, the gift that matters most, is our love.

That will change the world – little by little, perhaps, but, nonetheless, the light will come.