Is the End Near? 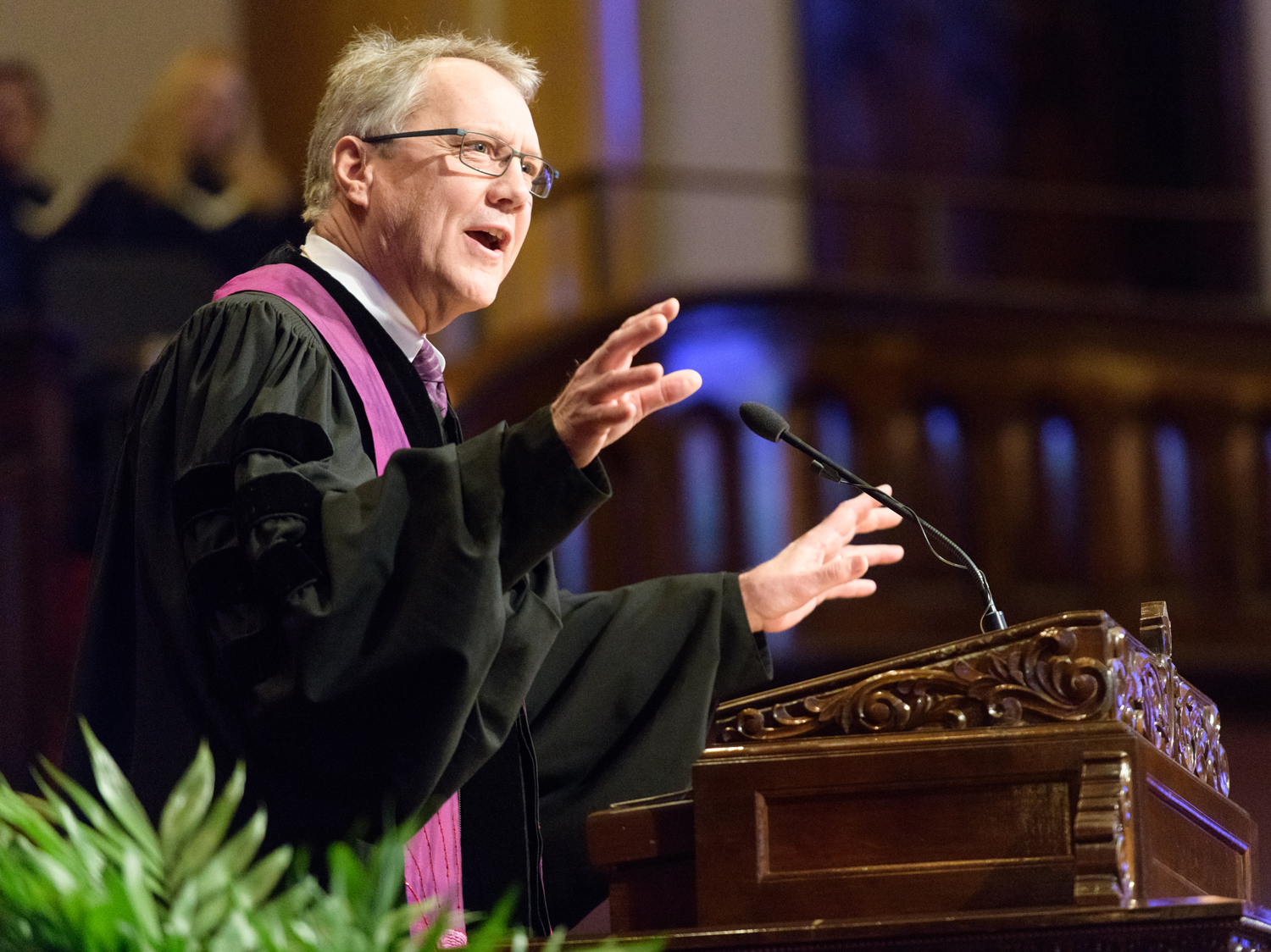 Welcome to Advent, that season leading up to Christmas when church musicians and preachers wrestle with the impulse to celebrate the Nativity before the time is right.

Those of us wanting to practice the discipline of Advent through these weeks would prefer to linger in this darkening time. I was so glad to see that this morning we awakened to a bleak-midwinter day. That’s just right for the first Sunday of Advent. We need to wait in the silence, and to learn the patience it requires. But the culture makes that difficult. It charges ahead to the Fa-la-las, as if the angels had already been to Bethlehem, sung their Hallelujahs, and were headed home with their harps.

The original Advent stretched a lot longer than a mere four weeks. It lasted for centuries. The ancient prophets of Israel kicked off Advent with their anticipation of a day – they called it the Day of the Lord – when God would come, history would end, and the fullness of time would be ushered in.

The end, when it came, would not be all sweetness and light. Here’s how the prophet Amos saw it:

Those words are not just a fleeting moment of rage for the prophet. Amos sees a coming scene of total chaos and overwhelming shadows. Destruction. Doom. The Day of Judgment. What the prophet imagines at the end of time is not pleasant. When God comes it will be terrifying because humankind will have wandered so far from the Creator’s intention for us.

So, welcome to Advent.

Amos is not alone in his dim view of this season. The prophets uniformly agree the end is coming, and it will be rough. Early Christian writers pick up the same theme. Hard times are on the way.

“’The days will come,’” Jesus himself says, according to Luke,

“’When not one stone will be left upon another; all will be thrown down…When you hear of wars and insurrections, do not be terrified; for these things must take place first, but the end will not follow immediately…Nation will rise against nation, and kingdom against kingdom; there will be great earthquakes, and in various places famines and plagues; and there will be dreadful portents and great signs from heaven.’” (Luke 21:6, 9-11)

This Advent narrative gets in the way of any premature Christmas joy. What do we do with these bleak words and their grim message?

Maybe we should pay attention to them. Maybe we should lean into them, and listen. There’s a reason the prophets go to that shadowy place – because the world can be full of fear and uncertainty, infused with frightful scenarios, unchecked rumors, and dangerous conspiracies.

Life today feels like that; we owe it to ourselves to reckon with the world as it is before we get to the question of the world as we hope it might be one day.

How can we rush to the manger without first stopping to concern ourselves with injustice and poverty, the various hatreds that consume us, the rancor and division all around us? Or, to use the words of Amos: the trampling of the poor into the dust of the earth and the pushing of the afflicted out of the way. (Amos 2:7)

Advent invites us to walk through the valley of the shadow before we get to the light. This pre-Christmas season wants us to stay long enough in the gloom to truly ache for the light no darkness can overcome.

Is the end near? We might not use those words, but we act like we believe them. Those on one end of the political spectrum or the other – and we are increasingly divided that way – tend to view the current state of affairs in our country as if all were lost and the world destined to fall apart unless something dramatically changes. It’s all or nothing.

We’re in a dimly-lit valley in America right now. The immigration crisis, the impeachment process, the ecological disaster, the lack of truth-telling, the racial animosity, the fear of each other, the hypocrisy, the growing disparities, the lowering life-expectancy, the distrust of one another, the hyper-polarization.

It’s all there. One could conclude the end is near. Maybe the writers of scripture realize it’s always close by, lurking just out of sight. This season wants us to see it and be terrified of it – and motivated by it to find our way to the light, and then use the light to bring hope to this murky world.

At last Thursday’s Interfaith Thanksgiving Service, I was asked to read the Thanksgiving Proclamation made by President Abraham Lincoln in October, 1863. It’s an honest, poignant statement, made to a nation torn asunder, a nation in the midst of a terrible, violent conflict. Surely many in this land at that point in our history must have felt the end was near.

Lincoln does not mince words in his Proclamation. He speaks of the “lamentable civil strife” in which the nation is engaged. He decries “our national perverseness.” He names our “disobedience” to the founding principles of this land. He acknowledges “the wounds of the nation.”

He could have been speaking to us today.

And he tells us that our sins have provoked God’s anger – all of this in a Thanksgiving Proclamation to establish a national holiday for gratitude, of all things – in the midst of a war.

Lincoln knows that an American Thanksgiving rings hollow without a clear-eyed assessment of our life together. He sounds like a prophet of old speaking to a people gone astray. It could just as well have been an Advent Proclamation.

But like those ancient biblical voices, the president does not abandon us in the shadowed valley. With civil war raging across the land over the evil of enslavement, he calls the “whole American people,” not only one part of the country, to “humble penitence.” He resists any talk of enemies. He asks God to restore the nation so that peace and harmony, tranquility and union might break out among us. And he reminds us to be grateful for that which we do have as a people.

In his first inaugural address, Lincoln had spoken of the ‘better angels” of our nature. Maybe those were Advent angels. He demonstrates what those angels sound like. They tell the truth, they warn, they name the darkness closing in – and only then do they point us to the light.

We as a nation need a season like this, a season where we’re called to account for our failures. We need an Advent that awakens us. We’ve fallen short of our own hopes for this land and for those who live in it. We have forgotten the promise of our democracy, and hidden the lamp that lights the way to justice for all.

Welcome to Advent. Let’s stay awhile, and linger in the night. Let’s listen to the prophets of old, and see what we learn about our world, and about ourselves.

The dawn will come soon enough, and with it, a new day.