By Faith, Eyes on the Prize 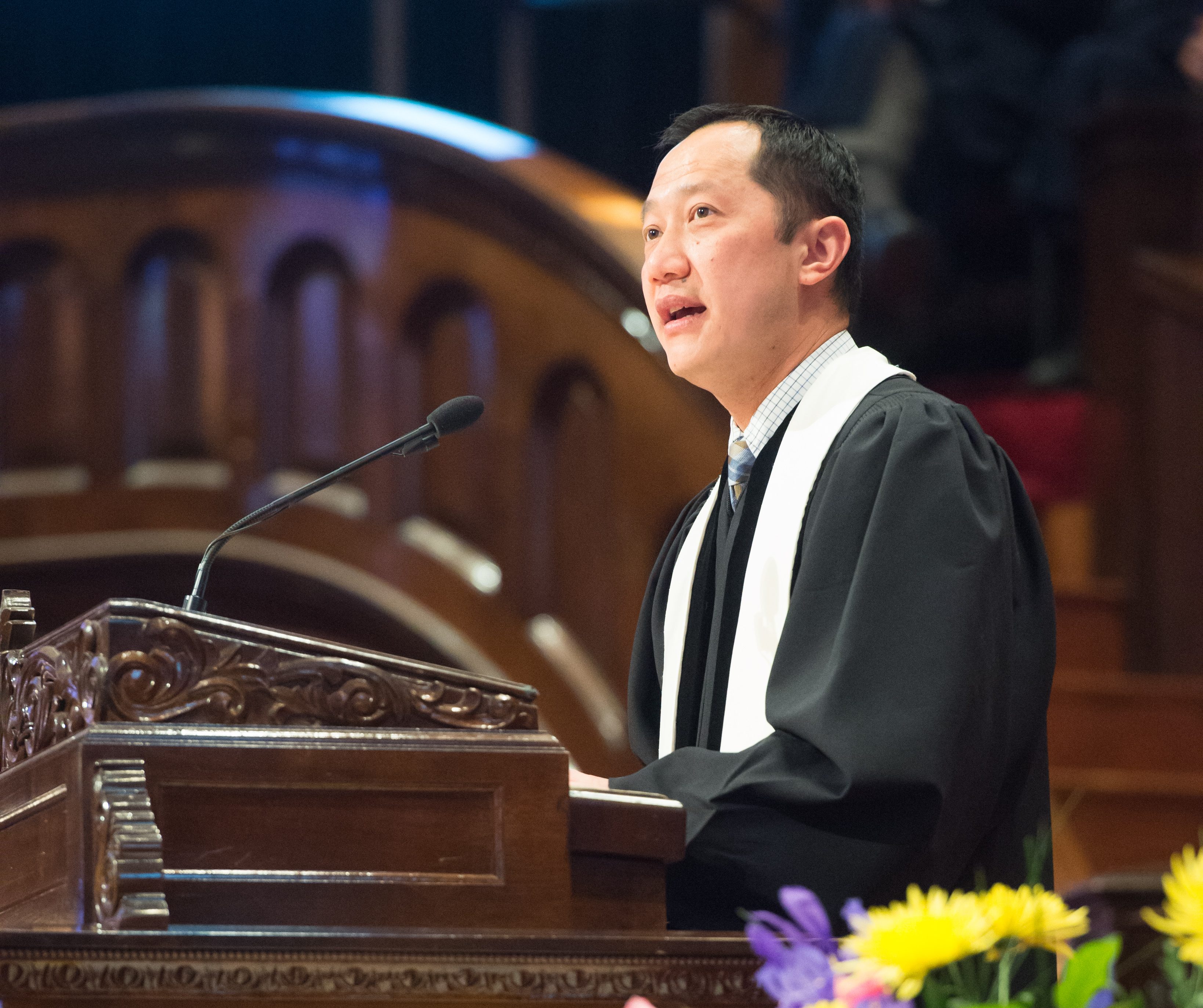 New York Times writer, Klancy Miller, writes for the story series called “Overlooked.” Overlooked is a series of obituaries about remarkable people whose deaths, beginning in 1851, went unreported in the Times.

She writes, “It took all of Georgia Gilmore’s willpower not to explode at the driver of the crowded bus in Montgomery, Alabama one Friday afternoon in October 1955.”[1]

“She had just boarded and dropped her fare into the cash box when (the driver) shouted at her to get off and enter through the back door.”

“’I told him I was already on the bus and couldn’t see why I had to get off,’ she recounted a year later at the trial of the Rev. Dr. Martin Luther King Jr., as quoted in the book, ‘Daybreak of Freedom: The Montgomery Bus Boycott.’”

“But after collecting herself, she complied and stepped off the bus. Before she could get back on, however, the driver sped off. Right then she vowed never to ride the buses again.”

As the history books would tell us, two month later, another Montgomery bus rider, Rosa Parks, would be arrested for refusing to give up her seat to a white man. This would catapult the civil right struggle to a new level of non-violence resistance. On December 5, 1955, over 5000 people gathered at the Holt Street Baptist Church to organize and commit themselves to this struggle for justice.

Ms. Gilmore, who worked as a cook, offered up her culinary talents to feed and fund the resistance. She gathered the women and formed a new club called “Club from Nowhere,” and they, secretly, prepared and sold meals that sustain the resistance for 381 days. When you hear the menus, you would wish it were lunch right now. She cooked up fried chicken sandwiches, fried fish, pork chops, greens, lima bean, peach pie, pound cake, and more. Now I am hungry.

“You don’t hear Miss Gilmore’s name as often as Rosa Parks, but her actions were just as critical,” said Julie Turshen, the author of the cookbook “Feed the Resistance.” “She literally fed the movement. She sustained it.”

Ms. Gilmore stood tall among the cloud of witnesses we heard from Alanna last week and the scripture reading this week.

In today’s scripture, the letter continues what it began in 11:1. The writer tells us the stories of those who had gone on before us with faith in God’s promises. Then by their faithful acts, they laid the path of endurance for others to follow. Like a persistence drum major signaling one beat after another, the writer recounted over and over again how it was “by faith” that Abel, Enoch, Noah, Abraham, Sarah, Isaac, Jacob, Joseph, Moses’ parents, and Moses endured. The famous and familiar list clearly intended to inspire and encourage the listeners then and now with the complexity and richness of our heroes’ faith. It was complex because we see despite of their flaws and messy lives, they were deemed as righteous (10:38). It was rich because they trusted God, and endured enormous suffering.

This is the timeless story of assurance that we are not alone.

At difficult times, we may feel all alone working and journeying toward God’s vision. Since the beginning of the church, what has aided all God’s people is the knowledge that we are not alone. In fact, we follow in the footsteps of the biblical people who weren’t sure what the future held for them. We follow in the footsteps of the saints who chose to trust in God’s way. They set their eyes on a God whose love will never end.

When we set our eyes and actions on Jesus, we are able to imagine the vision of God, even if we cannot foresee it, and work together closer to the vision

Today, we hear the additional stirring stories. By faith, the Israelites crossed the red sea, defeated Jericho without attacking the impenetrable walls, won the siege with the faithful and timely acts of Rahab, Gideon rose up to his call, Barak turned and blessed the Israelites, Samson was redeemed, and on and on. They all endured great suffering because of their faith. The writer of Hebrews concludes, “yet all these, though they were commended for their faith, did not receive what was promised, since God has provided something they would not without us, be made perfect” (11:39-40). This is only possible because all the stories, from our Christian interpretation and understanding, reach their fulfillment in the life, death, and resurrection of Jesus Christ. Seeing Christ’ example of faith and his promised deliverance and resurrection, we are exhorted to “lay aside every weight and the sin that clings so closely,” and to “run with perseverance the race that is set before us” by Jesus who is “the pioneer and perfector of our faith.”

With our eyes set firmly on the prize of Jesus’ teaching, we see the glaring contrast in the world that is in great need of God’s love. We live in a world where violence, hatred, division, and distortion are the daily headlines. We see innocent people gunned down by misguided individuals in everyday places. We hear divisive reinterpretations and rewritings of history that benefit only people of European descent. We hear angry chants that demonize immigrants and people of other faiths.

I like to tell you, it is absolutely unacceptable to say to any and all people of color to go back to where they come from. It is absolutely wrong to deny protection of our children in school and innocent people in the shopping mall and places of worship with no sensible firearm legislation. It is absolutely heartbreaking to witness 12 billion tons of melted ice in a single day.[2]

As we face these daunting challenges, we are not alone. We have the heroes of our faith who boldly faced challenges beyond their imagination. For their specific time, era, and context, they endured by keeping their eyes on the prize, which is the vision to stay faithful to God in the face of the greatest challenges of their lives.

“Faith,” as written by NT writer David Gray, “allows people to see beyond what is right in front of them, and to see what God has done throughout the ages, and to see the future joy God has in store for us.”

As we keep our eyes beyond the trials in front of us, we also do not valorize any and all forms of human suffering. Instead, Hebrews writer speaks directly to both the cost and the promise that the life of faith entails. The writer does not question why hardship is part of Christian life. We know when we have to speak up against the social, political and moral injustices of our world, there will be resistance and thus hardships. To walk in Christ’s footsteps, and the footsteps of our heroes, we will face new challenges and unanticipated costs. Yet we persist because Jesus’ love for the world and all us compels us to endure, to stand in solidarity, to offer our lives, and to bear the cross to create a better world.

Finally, we recognize our own complicity in the ills of our world. We recognize our privilege and our lack of best application of our gifts at the most critical time. We recognize our desire for personal comfort over against the basic rights for all. Yet, we are the instruments for God to express compassion, hospitality, unabashed optimism, healing, and collaboration.

Last week, our sibling denomination in the Evangelical Lutheran Church of America set their eyes on the prize and took a momentous stance of faith. The entire denomination with its 9,000 churches became sanctuary denomination for immigrants and refugees. To them, it is not a political issue. It is a matter of faith and their baptismal covenant with Jesus Christ. It was their faithful way to resist.

After testifying for Dr. King in the grand jury in 1956, Ms. Gilmore was fired from her job as a cook. Dr. King took note of Ms. Gilmore’s courage, ingenuity, and faithfulness, and gave her the seed money to buy equipment and start up her own business. He told her, “All these years you’ve worked for somebody else, now it’s time you worked for yourself.”

Miller writes, “While black people and white people usually ate in separate spaces, ‘they elbowed together in Gilmore’s kitchen.’ Guests at her counter included Lyndon B. Johnson, and Robert F. Kennedy.” Georgia Gilmore had her eyes on the prize and her activism continued after the bus boycott. She joined the class-action lawsuit to desegregate the Montgomery public parks. Eventually, justice was served when the case went before the Supreme Court in 1974.

Westminster, we are inheritors of the legacy and boldness of spiritual giants. Let this generation rise to greater imagination for what this church will do together for this generation and the next.

Let us, by faith, keep our eyes on the prize for a world full of love and justice for all people and the creation.

By faith, let us resist every form of injustice, inequality, racism, tribalism, and excessive commodification of environmental resources.

By faith, let us run with perseverance the race that God has set us.